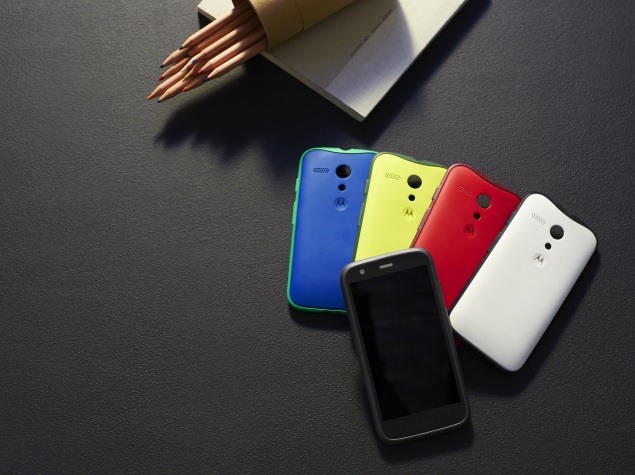 The invite mail reads, "Thanks for joining the Motorola Feedback Network. We are inviting owners of the Moto G in India to participate in an early preview of a new software release and provide feedback."

It's worth noting that ahead of the official release of Android 5.0 Lollipop for the Moto X (Gen 2), the company was last month testing the update with members of its Moto Feedback Network in a soak test.

Further pointing to the imminent release of the Android 5.0 Lollipop update for the first-generation Moto G, the Lenovo-owned company has updated its OTA update service app. The app update to the over-the-air (OTA) installer will enable a future upgrade to Android 5.0 Lollipop.

The app listing notes, "It updates the installer on: Moto G (1st Gen.)," and "All users with these devices should accept this update."

Motorola had in October promised the Android 5.0 Lollipop update for the Moto G alongside other devices including Moto X, Moto G 4G LTE, Moto E, Droid Ultra, Droid Maxx, and Droid Mini smartphones without giving much details on timing.

App Deals of the Week: Save Over Rs. 39,000
North Korea Probably Not Behind Sony Pictures Hack: Experts