Android 5.0 Lollipop Rollout Delayed - This Bug Might Be the Reason 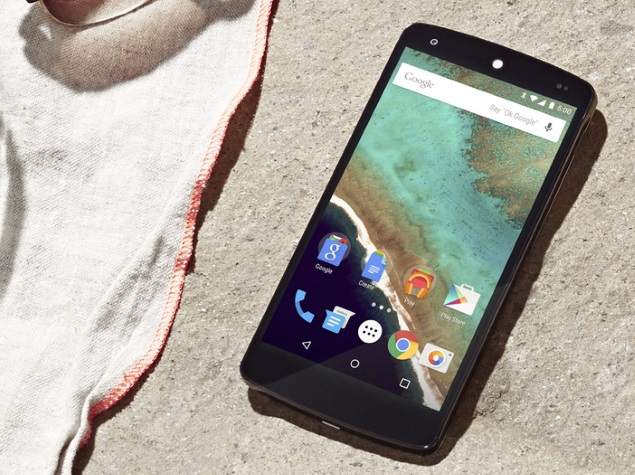 Multiple Nexus 5 owners running the latest Developer Preview version of Android 5.0 Lollipop have reported a battery draining bug while on Wi-Fi, and this is thought to be the reason for the delayed roll-out of the Lollipop factory images and OTA updates for older Nexus devices.

Reporting the bug on the Android-Developer Preview site, Nexus 5 users say the battery level drops steadily when Wi-Fi is switched on.

Notably, the Android 5.0 Lollipop global roll-out was delayed till November 12 due to some 'outstanding bugs', a report suggested on Wednesday. The Nexus 5's battery drain Wi-Fi bug could be the reported 'outstanding bug' that caused the roll-out of the latest version to be delayed.

Google, without wasting much time, acknowledged the battery drain issue. Google's Project member Trevor Johns said on Google bug tracker page, "Android Engineering is aware of an issue affecting Nexus 5 users running Android 5.0 which causes significant "Miscellaneous" battery usage while Wi-Fi is enabled. This appears to be caused by an abnormally high number of IRQ wakeup events. We are continuing to investigate this issue."

One of the users reported, "Another day, another time that Miscellaneous is the power user #1 - 61%. And again, "Android OS" and "Android System" showing completely different stats. Seems like it's getting worse day by day."

Another user who tried to use his Nexus 5 without Wi-Fi shared his experience and noted, "This might help. I tried a whole day without Wi-Fi on, just to see if something is different... and yes ! Without the WiFi on, the draining problem vanished in a big part. The "miscellaneous" is not there anymore."

Both users were referring to the battery use menu, which listed Miscellaneous as the primary consumer of battery life, something that is ordinarily not the case.

Soon after acknowledging the battery drain issue on the Nexus 5, Trevor Johns added, "This issue has been fixed in the latest builds, and this issue is now considered resolved. Thanks everyone." The Google bug tracker page titled "miscellaneous in battery stats" now notes "Fixed" as status pointing that the issue has been resolved.

Considering that Google has now claimed the Wi-Fi battery drain issue has been resolved, and that it is already rolled out to the 'latest builds', we can expect the Android 5.0 Lollipop global roll-out to begin soon.

Google on Monday announced Android 5.0 Lollipop "begins to roll out today". The company did not provide details on which regions will be the first to get the update. However, the Android 5.0 Lollipop update would be rolled out first to the Nexus 4, Nexus 5 and Nexus 7 (2012 and 2013), and Nexus 10, apart from Google Play Edition devices. Android One smartphones can be expected to be next in line to receive the update.