After being pulled, the URL now shows the Android 10 page for developers. 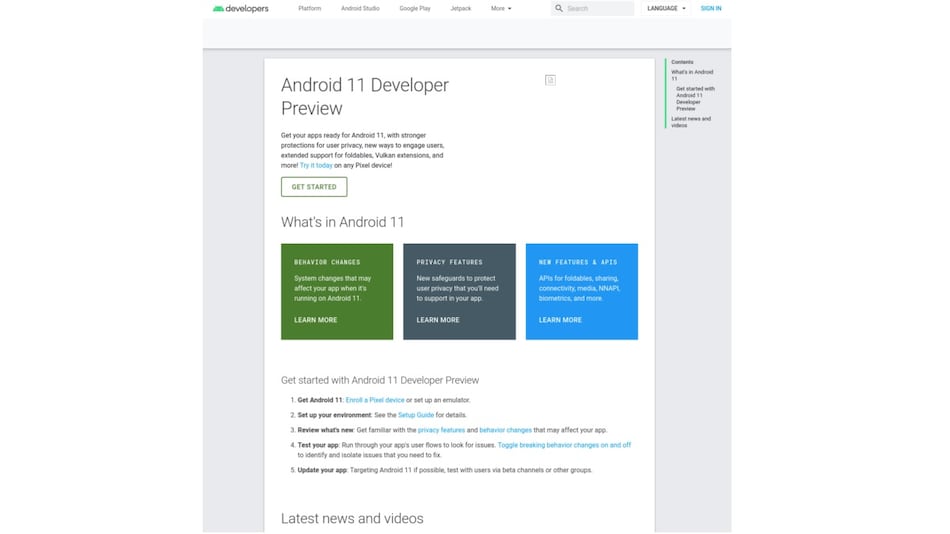 Android 10 is still fairly fresh, but it appears that work on Android 11 has already begun and it might soon be ready in its Developer Preview avatar. At least that's what Google's latest misstep suggests. Google reportedly updated its Android Developer website with the full developer preview for Android 11. Unfortunately, the landing page for Android 11 Developer Preview was listed only for a small interval before being pulled. And before you get your pulse racing, there was no mention of any notable new feature that Android 11 will bring to the table, and no downloadable content either.

As per a report by Android Police, the Android Developer site was briefly updated with a page titled Android 11 Developer Preview. The page told devs to get their apps ready for Android 11. It further mentioned that the Android 10 successor will come with stronger protection for user privacy. More importantly, it also hints that Android 11 will introduce extended support for foldable devices, which sounds promising and suggests that foldable phones are here to stay.

The site also mentioned setup guides and other relevant information for devs who are looking to test Android 11 and get their apps ready for the next major version of Android. The external pages linked on the now-removed Android 11 Developer Preview site were reportedly blank. But as mentioned earlier, Google pulled the page down, while the URL now redirects users to the Android 10 Developer Preview page.

While nothing of much importance for end-users could be extracted from the brief listing, the Android 11 Developer Preview site going live is a sign that it is ready. However, it would be surprising if Google actually releases the Android 11 Developer Preview anytime soon, as it would be way ahead of the company's usual schedule compared to Android 10. If you are unfamiliar, Google usually conducts a lengthy testing phase before making new Android versions official at its annual Google I/O event, and that usually happens in May. The developer-specific builds are released in March, while the stable rollout begins in second half of the year.