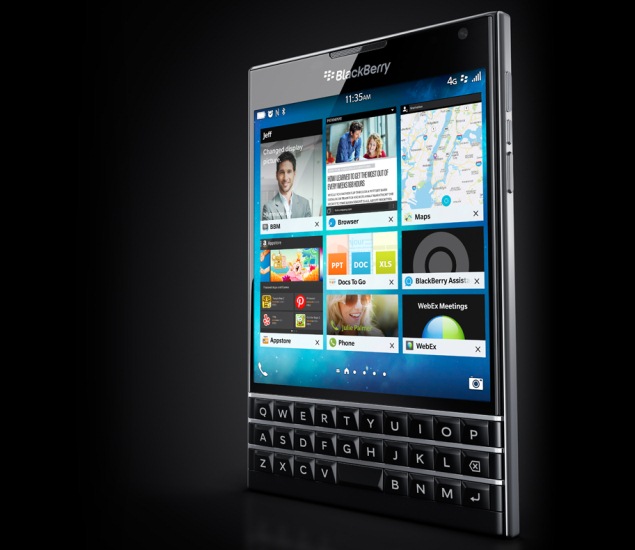 The latest report fuelling the rumours of BlackBerry working on Android-based smartphones tips the Canadian smartphone maker has bought a couple of domains that point to its work in the segment - AndroidSecured.net and AndroidSecured.com.

BlackBerry is seen as the registrant organisation in registration records for both the AndroidSecured.com and AndroidSecured.net domains. The records of course give no other information as to what content will be hosted on the website or when will it go live.Also understood is that BlackBerry bought the BlackBerry.sucks domain in the past month.

The buying of these two domains goes in line with what BlackBerry CEO John Chen said last month during the company's earnings results. In an interview, he said that the company will create an Android smartphone only it can be made secure enough.

The Canadian smartphone maker already offers Android app compatibility on BlackBerry 10 OS, as well as access to the Amazon Appstore for Android. However, if a secure, forked version of Android would work for both BlackBerry's enterprise and consumer clients remains to be seen.

Also, since last month we have been hearing about the rumoured Android-powered BlackBerry slider handset tipped as Venice, which might be the secured Android handset the company would launch alter this year.

The rumoured Venice smartphone along with BlackBerry Dallas (SQW100-4) are reported to have been shipped to India for testing and evaluation process. CrackBerry spotted the two smartphones listed on the import-export tracking site Zauba. As per the website, the 'Dallas' was shipped to India over the weekend. While the Dallas model is seen priced at Rs. 24,623, the Venice is seen priced at Rs. 63,269. Of course, these prices are only an indication of value for excise purposes, and could be significantly different at launch.

BlackBerry Dallas is said to share almost the same design and specifications like BlackBerry Passport. Earlier this week, the smartphone was reportedly certified in three countries - Singapore, Malaysia, and Indonesia. The handset might be the same device that was leaked by @evleaks last week in an image that showed a BlackBerry Passport like device running Android.

As for BlackBerry Venice, the specifications tipped in previous leaks mention a 5.4-inch QHD (1440x2560 pixels) display, a 1.8GHz hexa-core 64-bit Snapdragon 808 SoC, 3GB of RAM, an 18-megapixel rear camera, and a 5-megapixel front-facing camera. The reports also claim BlackBerry will launch the smartphone by November this year. The Venice is supposed to sport a Qwerty keyboard in addition, which slides out. It is also said to be due to launch on AT&T, the US telecom operator.