The Stylo Max is the first-ever power bank launched by the company, Ambrane. 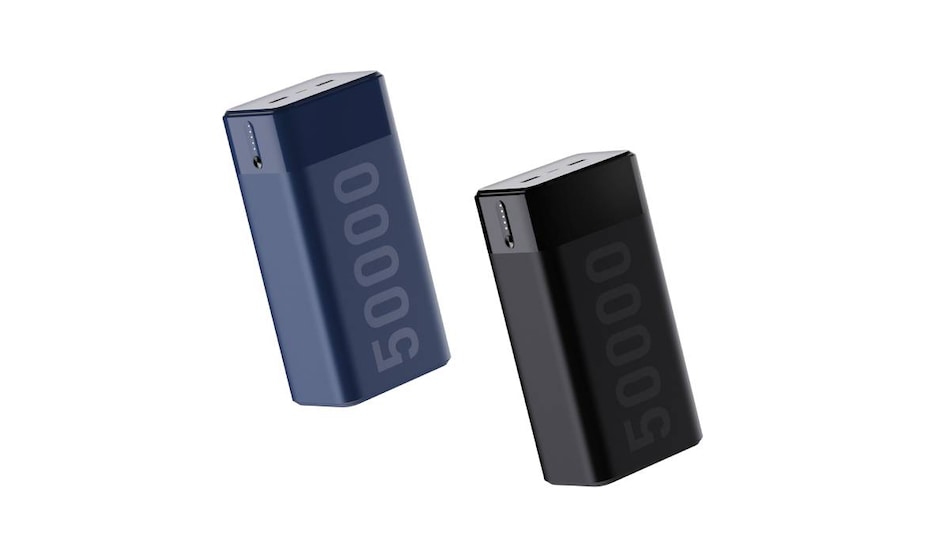 Ambrane has unveiled its Stylo Max 50,000mAh power bank in India. The Stylo Max power bank is claimed to power larger devices like digital cameras and laptops. It can also give a phone a full charge several times to spend extended time on the go, according to the company. The Ambrane Stylo Max power bank is built with nine layers of superior chipset protection, which protects it from overheating and short circuits.

Ambrane's first-ever power bank, Stylo Max, has a gradient matte metallic body along with a Lithium Polymer battery with a massive capacity of 50,000mAh. It has a fast-charging output of 20W along with Power Delivery technology. Other than this, the power bank itself can get charged at an 18W fast charging input. The Stylo Max power bank is claimed to power larger devices like digital cameras and laptops. It can also give a phone a full charge several times. This power bank can also charge the iPhone as well as Android devices back to 50 percent in as quickly as 30 minutes.

There are two USB and one Type-C port, through which it can charge up to three devices at the same time. This power bank is compatible with all devices that can be charged via USB or a Type-C port.

In terms of safety and protection, the power bank has nine-layer chipset protection, which protects it from overheating and short circuits, as mentioned above. Furthermore, the high-speed two-way charging, supported by the high-density power bank, automatically regulates power output to securely charge each connected device, as per the company.