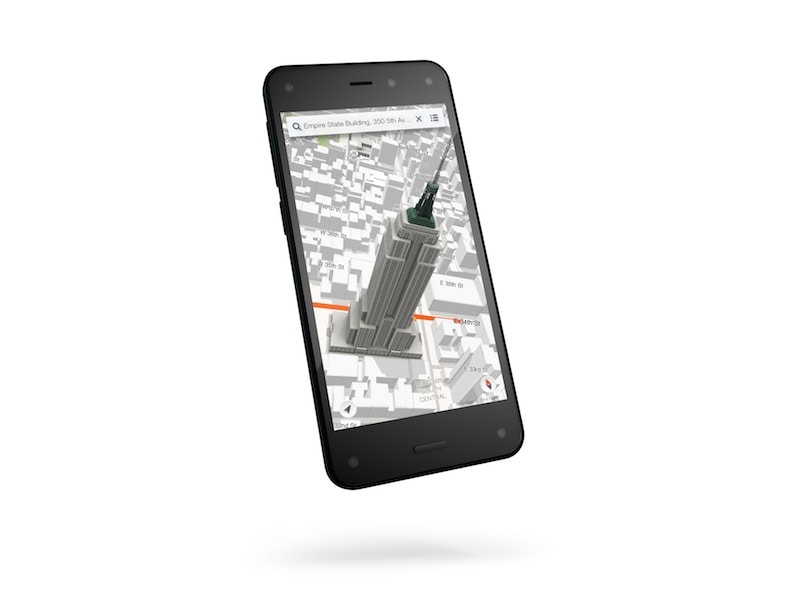 Amazon plans to have another go at selling its own branded smartphones.

The ecommerce giant, which killed off its Fire Phone in 2015, is working on a new lineup of smartphones branded as "Ice", according to two sources familiar with the matter.

Unlike the Fire Phone — for which Amazon focused largely on the US and a couple of other western markets — the company is eyeing emerging markets like India for selling its new phones, said the sources.

Incorporating Google Mobile Services in its devices is a major change in strategy for Amazon, which currently offers a range of Android tablets without Google apps on them.

The smartphones are being referred to as 'Ice' internally, in what could be a move to distance itself from the disastrous Fire Phone brand, though it's not clear if Amazon will eventually bring the devices under the Ice name. Amazon declined to comment.

The company plans to launch at least one smartphone in India within this year, said one source.

One of the devices being tested features a display between 5.2-inch and 5.5-inch. Other specifications of the phone include a 13-megapixel rear-camera, 2GB of RAM, and 16GB of internal storage. The phone runs Android 7.1.1 and comes with Google's AI Assistant, said a source cited above. The phone, which houses a Snapdragon 435 SoC and a fingerprint scanner on the back, is likely to be priced at around Rs 6,000 (roughly $93), though the exact price will depend upon the time of launch.

The person, who has seen and used the device, said the phone didn't have Alexa on it. Alexa is Amazon's AI-powered digital assistant that you can find on Echo speakers, as well as some refrigerators and other consumer devices.

The phone runs a software build that isn't finalised yet, and Alexa could make it to the device by the time of launch, the person said.

Neither Alexa nor Echo speakers are available in India just yet. The company, however, is seemingly working on bringing Alexa-powered speakers in the country, recent job listings by the company suggest.

It’s not clear when Amazon began working on 'Ice' phones. The company had launched Android-powered Fire Phone in 2014. But after receiving a dull response from the market — reportedly selling under 35,000 units — a year later the company said it had sold all Fire Phone inventory and that it won’t be "replenishing the stock."

Many customers who did end up purchasing the device weren’t pleased with the Fire Phone. Though Amazon maintains its own Android app store, the lack of Google apps on the Fire Phone emerged as a deal-breaker for many.

But for Amazon, which is increasingly looking at new areas for expansion, having a stake in the smartphone space is still important, analysts say.

“Part of Amazon’s challenge overall is that beyond e-commerce its ecosystem is still pretty weak, especially outside the US and a couple of other markets. And it’s typically also relegated to a secondary role on devices which come with either Apple or Google services (or in some cases Samsung’s or other OEMs’) integrated,” says Jan Dawson, founder and chief analyst at Jackdaw Research.

“So creating its own line of phones where Amazon apps and services are pre-installed and tightly integrated could be a great way to spread its ecosystem in those markets,” Dawson told Gadgets 360, arguing that for Amazon having tighter integration of its apps on the device is more crucial than assuming control of the operating system itself.

“This new strategy targets a very different market from the Fire Phone, and so it requires a different approach (and arguably this approach would have been much better for the Fire Phone too),” he added.

The phones could also benefit Amazon in its AI efforts. "It’s a move that will help Amazon get hold of the massive data channelised through smartphones that can serve as fodder for their AI engine," Tarun Pathak, senior analyst at Counterpoint Research told Gadgets 360.

But even for Amazon, which has committed more than $5 billion in investment to the India market, selling its own phones could prove challenging, Dawson said. The company has yet to prove that there is a need for its phones in the market. And it doesn’t help when you're competing with an army of Chinese manufacturers operating on razor-thin margins.