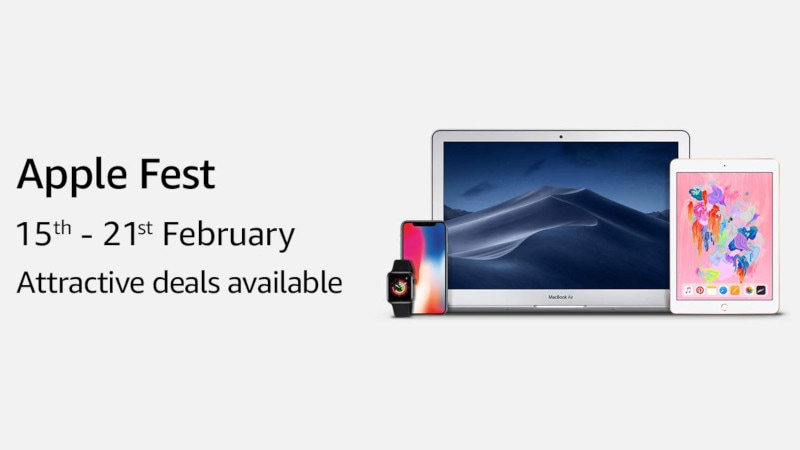 Amazon India is back with its Apple Fest and the website is offering a number of deals and offers on iPhone models, MacBook devices, iPad, and Apple Watch Series 3. The sale went live on February 15 and will continue through February 21. In addition to various discounts on the price of Apple products, the e-retailer is also providing the option to choose no-cost EMI. Most of these deals aren't particularly amazing, but there are some good offers on the 2018 iPhone models.

88 Phone Brands Vie for Mere 0.3 Percent Market Share in India
Samsung to Expand Its Retail Presence in US With Apple Store-Like Outlets