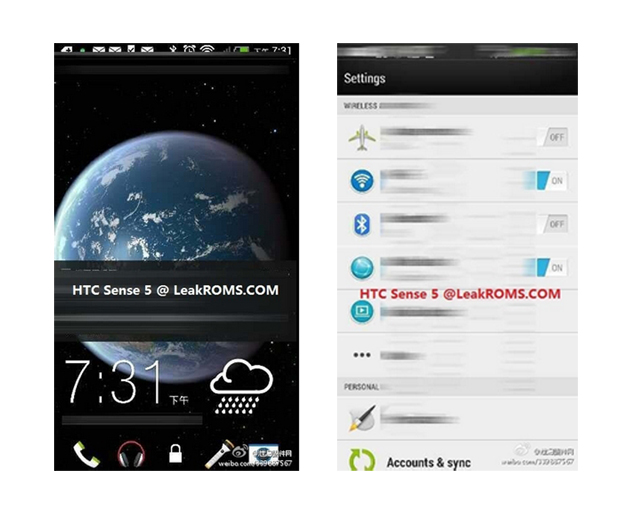 It was being speculated that HTC will be revealing it much talked about HTC M7 smartphone at the CES 2013.

There have plenty of leaks regarding this device and according to the rumour mill HTC M7 was spotted running on Android 4.1.2 but will perhaps launch with Android 4.2 on-board. Apart from this, HTC is expected to add a layer of HTC Sense 5.0 on this smartphone.

Pocketnow has posted a few pictures via Sina Weibo, that appear to be screenshots of this new user interface. It is already known that HTC Sense 5.0 is expected to bring in a whole new user experience. It is being touted to be "simple and clean" and will have an improved lockscreen, and offer further tweaks to HTC apps.

In the current lot of leaked images, there is also a picture of what perhaps might be the new lockscreen. From this picture, it appears that HTC may have gotten rid of the ring and got a swipe based gesture instead to unlock the screen.

Furthermore, the images also provide a glimpse of how perhaps the Settings screen will look in HTC Sense UI.

In addition to the screenshot, the current batch of pictures also has an image of the device which pocketnow.com is claiming might be the much-awaited HTC M7. 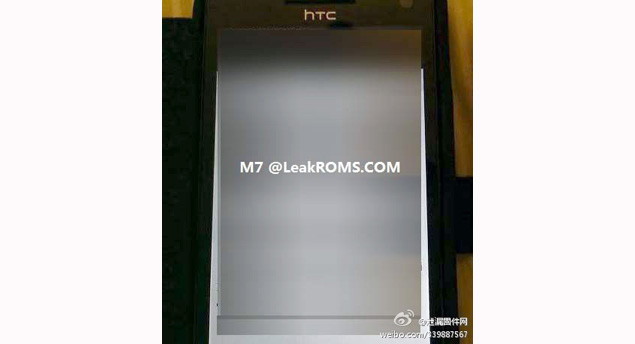 There are no fresh inputs regarding the technical specifications of this smartphones. According to the past romours, it is being speculated that HTC M7 will be powered by 1.7GHz quad-core Snapdragon processor with 2GB of RAM. It will have 32GB of internal storage. HTC M7 is expected to come with 13-megapixel rear and 2-megapixel front camera.

The smartphone was expected to be unveiled at the on-going CES but if not, then we might get to see the device at Mobile World Congress that is happening in February.