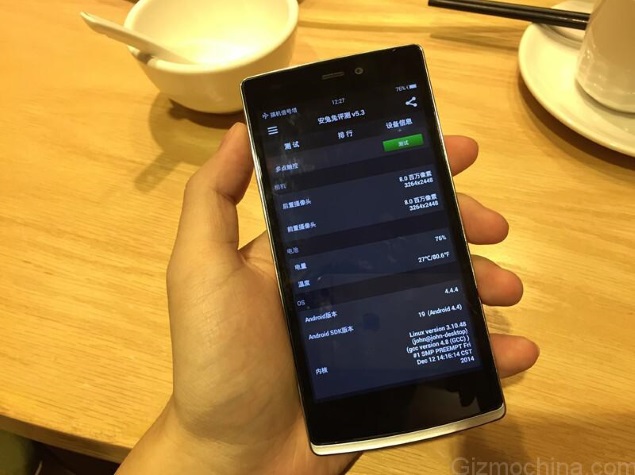 A mini variant of the OnePlus One has been leaked in purported live images alongside specifications.

The report claims that the alleged smartphone is expected to be priced at CNY 1499 (approximately Rs. 15,000) and will sport a 5-inch (unknown resolution) display, 64-bit Qualcomm Snapdragon 615 SoC and Android 4.4.4 KitKat.

While it's the first time that the alleged OnePlus One Mini smartphone rumours have come out, the anticipated successor OnePlus Two rumours have already been around from quite some time, and is also anticipated to be smaller than the first generation 5.5-inch offering with the company's co-founder confirming OnePlus was looking at different form factors with a Q2 or Q3 2015 release. 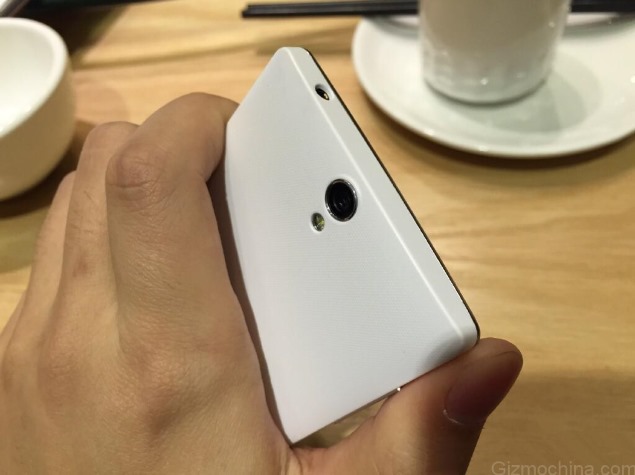 Recently, a Chinese online retailer had listed the purported specifications of the anticipated OnePlus Two, along with a price of $551.99 (approximately Rs. 34,000).

(Also see: OnePlus One Available Without Invite for the Holidays Till Stocks Last)

Earlier this month, OnePlus launched its One smartphone in India at Rs. 21,999. However, the launch of the OnePlus One in India didn't exactly go as expected by the company because just a few days before the launch in India, the OS partner Cyanogen in a surprise move announced its agreement with Micromax to exclusively sell Cyanogen-based phones under the company's new YU brand.

Cyanogen has clarified to say it will not provide OTA updates to OnePlus One devices sold in India.
Comments