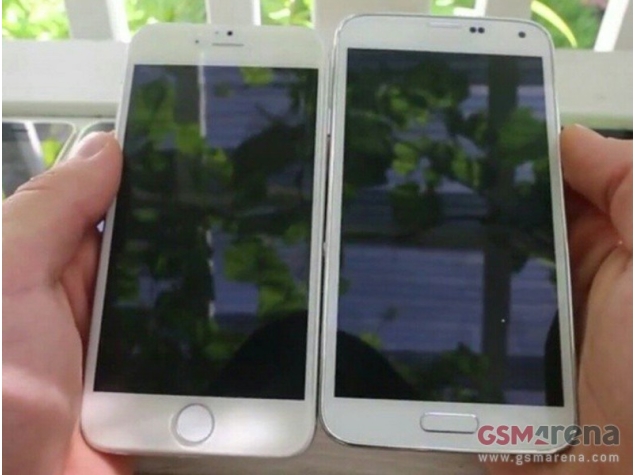 Apple's much-anticipated next iPhone, expected to be called the iPhone 6, has been speculated about and leaked in images several times over the past few months. And it seems there's no stopping till the date Apple officially reveals its next-generation iPhone devices - leaks have been tipping there will be two display size variants - 4.7- or 5.5-inch.

After being compared with the Apple iPhone 5 on Thursday, a new leaked image posted by GSMArena shows the alleged iPhone 6 pictured beside the Samsung Galaxy S5.

Apple's rumoured iPhone 6 is widely anticipated to sport curved edges, doing away with its current straight-edge design. Further, the next iPhones' sides are said to house the power button positioned on the right panel of the device, instead on the top panel seen on current iPhone models. Meanwhile, the side panels are likely to include a slightly modified volume buttons.

A Taiwanese celebrity named Jimmy Lin on Thursday posted an image of the alleged iPhone 6 compared alongside iPhone 5 and also shared his first-hand experience with the unannounced iPhone. According to Lin, the alleged iPhone 6 with 4.7-inch display had a great display and was easy to grip despite of its large display size.

A recent report claimed that Apple's next iPhone would hit the shelves on September 19.