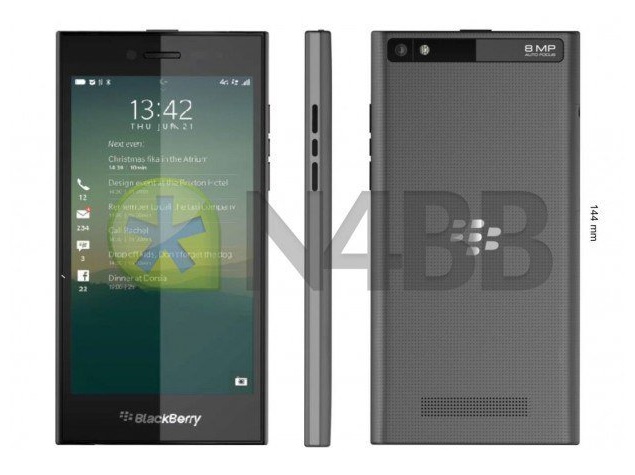 The anticipated mid-range smartphone from BlackBerry, the rumoured BlackBerry Rio aka BlackBerry Z20, has been leaked in purported render images and specifications.

According to N4BB, the BlackBerry Rio aka BlackBerry Z20 will be launched by February 2015 with a price under $300 (approximately Rs. 18,000). The company is reportedly touting the Rio as suitable for "Power Pros who want to be considered by others as being current with technology, yet cost is a major consideration in their purchase decision."

From the purported render images, the design of the anticipated BlackBerry Z20 appears to be similar to the company's recently launched Z3 smartphone, with a few tweaks.

Some of the key specifications of the BlackBerry Classic include a 3.5-inch (720x720 pixels) touch display; 1.5GHz dual-core MSM 8960 processor with 2GB of RAM; 16GB of inbuilt storage that's expandable via microSD card (up to 128GB); a 8-megapixel rear camera with LED flash; a 5-megapixel front camera, and a 2515mAh battery.
Comments