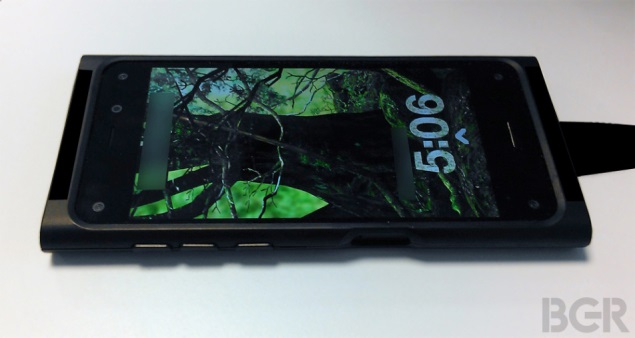 Amazon has been rumoured to be planning its entry into the smartphone sphere for quite some time, but speculation has been very sketchy.

However thanks to BGR, who has posted a bunch of leaked images, we might have the first glimpse of Amazon's upcoming smartphone - one of the two rumoured devices that the online retail giant is said to have been working on for more than a year.

The report by BGR claims that the prototype Amazon smartphone is a high-end model, while the second rumoured smartphone will be a budget phone with low-end specifications and priced competitively. The report suggests that the second Amazon model will be introduced at a later time.

The leaked images of the alleged Amazon smartphone reveal a device with thick profile, though we believe that the shell might be hiding the design profile of the handset. The front panel in the leaked images show no physical buttons, and while there are buttons on the sides of the device, there is no word as to their intended function. 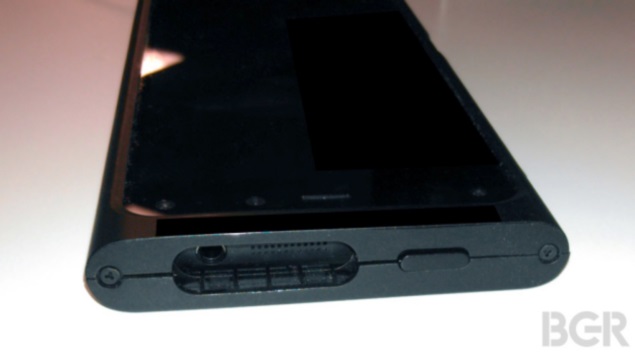 The report has also obtained some specifications of the first Amazon smartphone spotted in the leaked images. It is said to come with a Qualcomm Snapdragon processor with no word on the clock speed or cores, 2GB of RAM, and run on a modified version of Google's Android OS, much like Amazon's Kindle Fire tablets.

Further, the report suggests that the alleged Amazon smartphone will come with a 4.7-inch HD display, and sport a total of six cameras: one at the rear, one at the top-front panel, while four placed on four corners on the front.

The rear camera is likely to sport a 13-megapixel rear camera and the alleged smartphone is expected to feature Amazon's Mayday customer service feature via the front-facing camera.

The report suggests that the four camera units will work with other sensors on the Amazon smartphone for the 3D effects on the screen and are said to be low-power infrared cameras.

Amazon is also reported to be including 3D effects across its various stores (such as book store, music store and the main Amazon market), which will show could show three-dimensional product images at various angles.

The report also cites a source who claimed that the e-commerce giant is working with third-party developers to build apps for its 3D interface.

An earlier report suggested that Amazon has been preparing to launch its long-rumoured smartphone in the second half of the year, citing people briefed on the company's plans.