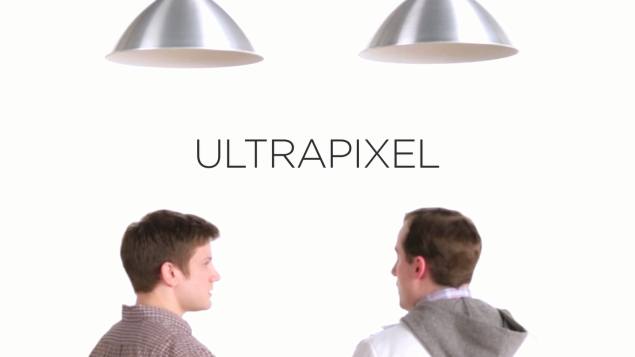 The upcoming 'All New HTC One' has yet again been teased in a video advertisement by HTC, marking the third teaser ahead of the smartphone's 25 March 2014 launch.

The almost two minute long video from the company is focussed on the All New HTC One's camera. The video is titled as 'HTC Technical Translations #3: UltraPixel' and includes same two characters, one posing as a HTC engineer and the other some sort of layman (possibly marketing).

The first half of the video concentrates on the engineer describing the UltraPixel camera on the existing HTC One, technology that made it the 'lowlight expert'. Then, just like previous advertisements when the engineer takes out the All New HTC One and starts describing its features, the new flagship is blurred and the voice-over bleeped. The teaser therefore reveals no details on the rumoured dual-camera lens and dual-LED flash of the All New HTC One.

In March @evleaks posted a purported leaked image of the 'All New HTC One' that showcased the upper half part of the smartphone's back panel. The image shows the camera lens surrounded by a metal rim, alongside a dual-tone LED flash.

Also visible in the earlier leaked image is another lens placed on top of the first, but its purpose is still unclear. The extra lens placed on top, according to some theories, might enhance the All New HTC One's camera by offering different depth of fields while shooting a video or capturing an image.

The video series of the 'All New HTC One' teasers previously had two videos talking about the BoomSound and the metal unibody design.