All New HTC One purportedly showcased in 14-minute walkthrough video 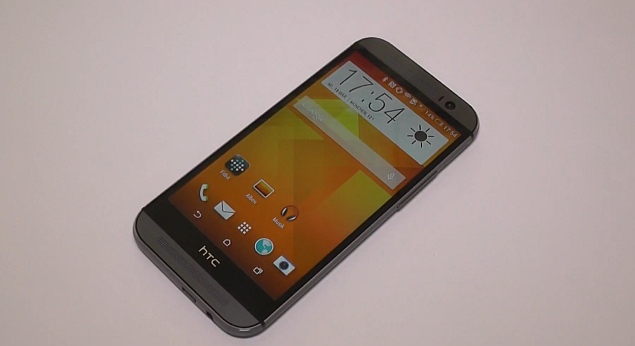 The All New HTC One, just a day ahead of its official launch, has seemingly emerged in a 14-minute long walkthrough video. The video has been shot in German and not much could be deciphered.

The walkthrough video is by a YouTube user named as Hans Meyer, and allegedly shows the metallic build of the All New HTC One along with some details about the user interface and the camera.

The video shows different swipe functionalities on the screen when the phone, presumed to be the HTC One 2014, is locked. While the double-tap on the screen wakes-up the phone (still locked), the swipe gesture from bottom to top unlocks the device, and opens the same page on which the user left the device locked. The swipe from right to left is seen to bring the user on the home screen, and on the BlinkFeed page when swiped from left to right. The handset's BlinkFeed UI options are seen to be accessed by swiping further right from the page.

The video purportedly also details the All New HTC One's camera feature in which, as a post editing function, one can add several filters and other add-ons effects. One of the features enables the users to focus a particular person or object and blurring the others in an image. Additionally, the camera feature is seen to also includes a 3D effect functionality in the post-editing section that looks like a revamped and more effective version of parallax 3D effect seen on Apple iPhone 5s.

The firm recently released its latest (and presumably last) Technical Translations teaser video for the All New HTC One's Zoe feature. The handset also was promoted by Qualcomm, confirming the will run the chipmaker's processor under the hood.

Apple considering Spotify-like service and iTunes app for Android: Report
UP to arrest people with inflammatory content on WhatsApp, BBM