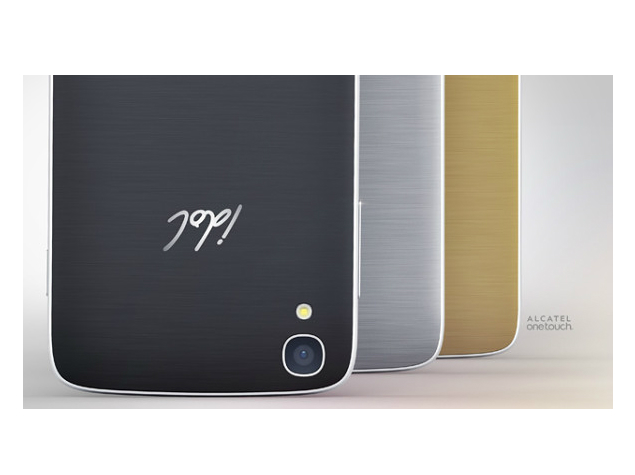 Alcatel OneTouch launched a new smartphone - the Idol 3 - at Mobile World Congress 2015 in Barcelona on Sunday. Alcatel OneTouch Idol 3's unique feature is that it is reversible. Alcatel claims that you can speak on the phone with the top side down.

This isn't a big problem for most people and seems like a gimmicky feature to grab people's attention. However, quite a few Android smartphones feature symmetrical designs that make it hard to quickly tell which side is up. Alcatel OneTouch Idol 3 eliminates that problem as it is reversible.

The specification sheet reveals that the 7.7-mm thick Alcatel OneTouch Idol 3 has two variants under the same name. The larger variant has a 5.5-Inch Full HD IPS display while the smaller one has a 4.7-Inch 720p display. These phones are priced at EUR 250 (roughly Rs. 17,300) and EUR 200 (roughly Rs. 13,800) respectively, which puts them in the mid-range bracket. Both these phones run Android 5.0 Lollipop.

The Alcatel OneTouch Idol 3 5.5-Inch variant comes with a Qualcomm Snapdragon 615 SoC that has a 64-bit octa-core processor, 2GB RAM and lets you choose between 16GB and 32GB inbuilt storage. This phone has a 13-megapixel rear camera with an f/2.0 lens, while its front camera is an 8-megapixel one. The phone comes with a large 2910mAh battery.

The smaller 4.7-Inch variant of the Alcatel OneTouch Idol 3 has a smaller 2000mAh battery, 1.2GHz Qualcomm Snapdragon 410 SoC and a 5-megapixel front camera. Other than that, its specs are similar to that of its bigger sibling.