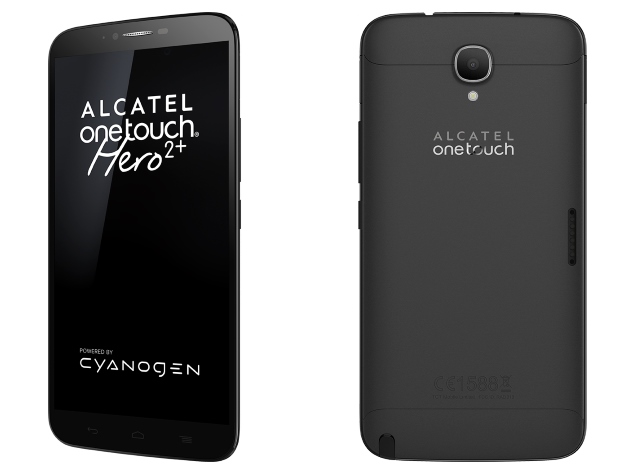 Alcatel on Monday at MWC 2015 launched a new Cyanogen OS-based smartphone in its OneTouch Hero series dubbed the Alcatel OneTouch Hero 2+. At present the smartphone is heading to the US and Canada in second quarter at $299 (approximately Rs. 18,300), but global release details are unknown.

Connectivity options on the Alcatel OneTouch Hero 2+ include 4G LTE Cat. 4, Wi-Fi, Wi-Fi Direct, Bluetooth Smart 4.0, GPS/ A-GPS and NFC. The battery on the device is 3100mAh. The smartphone weighs 170 grams and measures 160.5x81.6x7.9mm. The phone is listed to feature a brushed aluminium/ matte metal finish.