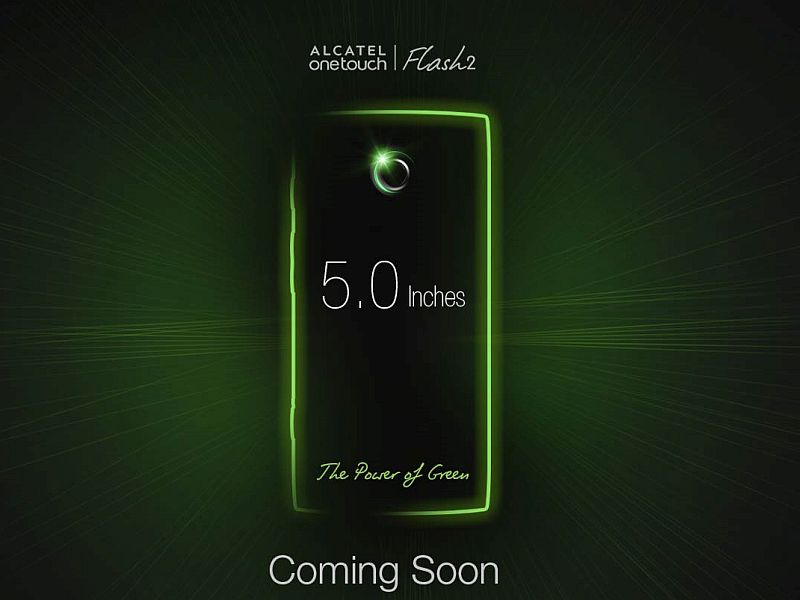 Alcatel OneTouch has announced that its upcoming Flash 2 smartphone will be launching on September 22.

The company has revealed that the Alcatel OneTouch Flash 2 will be announced at an online press conference and will be live streamed at the company website. In an email sent to media, the company confirms that the OneTouch Flash 2 smartphone will feature a 5-inch display. The company's teaser images for the handset also include a tagline that says, "The power of green." The rear camera can also be seen sporting a metal rim around the sensor at the back.