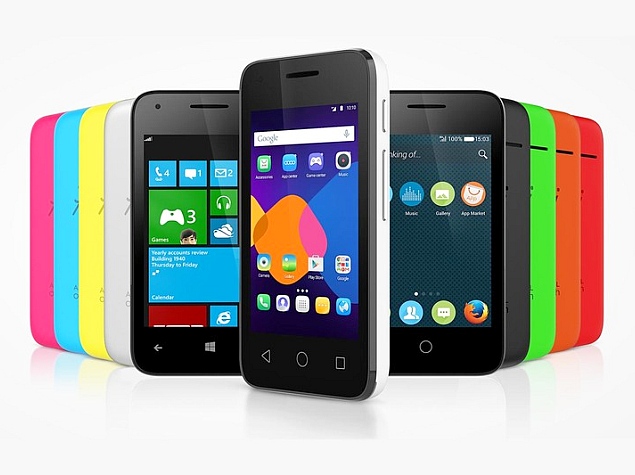 Alcatel One Touch on Friday, ahead of CES 2015 next week, announced its Pixi 3 series of smartphones alongside the budget One Touch Watch. Both the Pixi 3 series and smartwatch will be showcased at the CES 2015 event in Las Vegas starting January 6.

The Pixi 3 series smartphones can run Android, Firefox and Windows Phone operating systems depending on the user's choice. The series includes four smartphones of different screen sizes - 3.5-inch, 4-inch, 4.5-inch, and 5-inch. While the 3.5-inch display variant will feature 3G connectivity, the other three versions would also include 4G LTE connectivity option.

"Our users do not want complicated systems -- they want something familiar from their work environment in the office, but also on a smartphone," said Alcatel One Touch Chief Marketing Officer Dan Dery in a press statement.

The specifications of the company's budget handsets are not yet known. However, they are likely to fall in the lower tier segment. It is worth noting that the firm has previously made smartphones with all the three above mentioned OSes.

As for the smartwatch, Alcatel One Touch claims it will come "at a fraction of the cost of competitors". The smartwatch is being touted for its "fine finish" including its Moto 360-like round dial, range of metal and leather bands. The smartwatch will also house a number of sensors and apps to monitor user's daily activity.

The device also connects with Android smartphones for music, photos, notifications and more. No other information is known about the wearable.