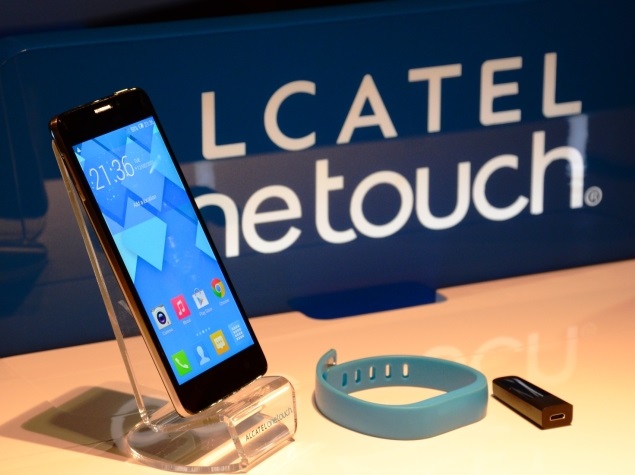 The smartphone comes in two colour variants - Bluish Black and White - and also comes with free Smart Band Accessory and JBL headphones. The company had confirmed a June 3 launch date for the handset in India.

First introduced at CES, the Alcatel One Touch Idol X+ was made available in China in January.

The Alcatel One Touch Idol X+ runs Android 4.2.2 Jelly Bean out-of-the-box. The smartphone supports dual-SIM (Micro-SIM) with dual standby. It features a 5-inch display with a resolution of 1080x1920 pixels, which translates to a pixel density of 441 pixels per inch (ppi). It features a Corning Gorilla Glass 2 screen.

The Alcatel One Touch Idol X+ smartphone is powered by 2GHz octa-core MediaTek MT6592 chipset with ARM Mali 450 GPU and 2GB of RAM. The Alcatel One Touch Idol X+ sports 16GB of built-in storage, a 13.1-megapixel autofocus rear camera with LED flash, and also houses a 2-megapixel front-facing camera. It packs a 2500mAh battery that is rated to deliver up to 27 hours of 2G talk time, 650 hours of 2G standby time, and continuous music playback of up to 36 hours.

With the launch of the One Touch Idol X+, Alcatelseems set to re-enter the Indian market in a big way, and launch more of its smartphones and tablets in the country.

Earlier, Alcatel had confirmed to NDTV Gadgets on the sidelines of the launch of Alcatel One Touch Idol X+, that the company would be launching 14 smartphones, 2 tablets and data cards in the country this year.