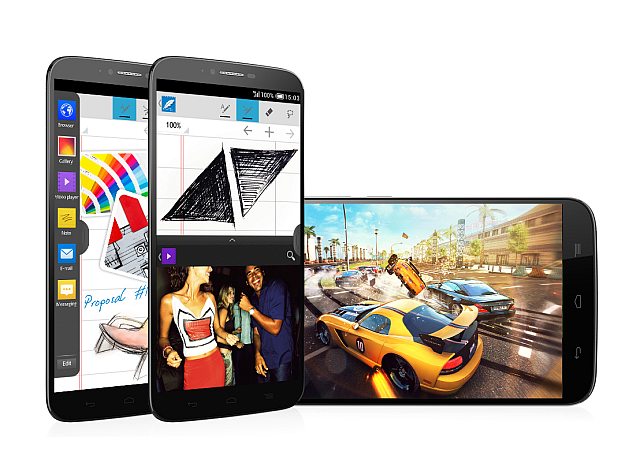 A year after the launch of the One Touch Hero, Alcatel has introduced its successor - the One Touch Hero 2 - at the ongoing IFA 2014 event. Priced at EUR 350 (roughly Rs. 27,400), the phablet is now available to buy in Europe. The company has not detailed global availability as of yet.

The phablet sports a 13.1-megapixel autofocus rear camera with LED flash, and also houses a 5-megapixel front-facing camera. The One Touch Hero 2 camera features optical image and video stabilisation, and such software features as extended panorama; touch focus; HDR, and burst mode. The smartphone bears 16GB of inbuilt storage which is further expandable via microSD card (up to 32GB).

The Alcatel One Touch Hero 2 comes with a stylus and supports the MagicFlip LED case, which is said to be similar to the HTC Dot View. The case also acts as a virtual DJ mixing deck, as per the company website.