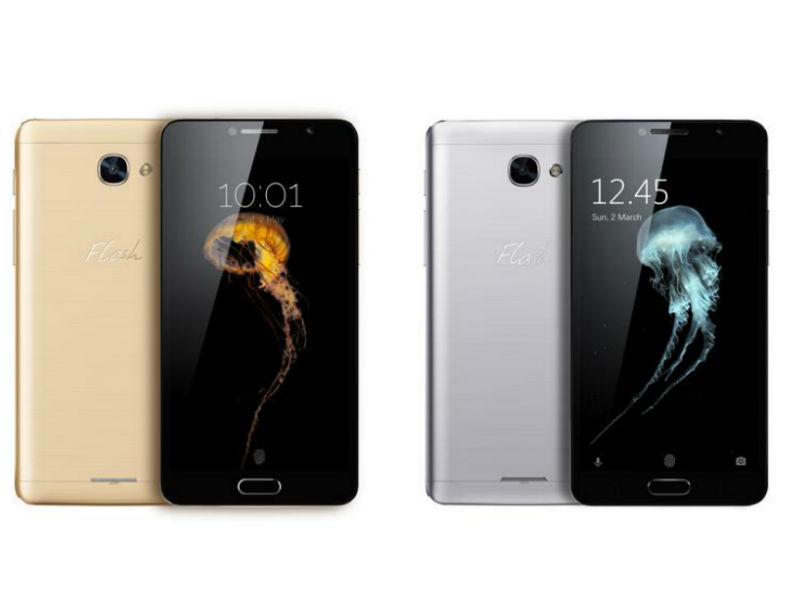 Flash, a mobile brand of TCL Communication, on Tuesday announced the Flash Plus 2 smartphone. The smartphone will first be available in Philippines, Malaysia, Vietnam, Monaco, and Thailand. There is no word on a future global rollout.

The Flash Plus 2 is the successor of the Alcatel (also a TCL brand) Flash Plus smartphone released last year. It runs on Android Marshmallow out-of-the-box, and supports dual-SIM functionality. The smartphone comes with a 5.5-inch 1080p display, and is by powered by the MediaTek Helio P10 octa-core SoC (four Cortex-A53 cores at 1.8GHz, and four Cortex-A53 cores at 1GHz). Notably, the company had launched the Alcatel Flash 2 in India in October last year.

The Plus 2 also sports a microSD slot to expand storage (up to 128GB). In comparison, the Alcatel Flash Plus only had a 16GB variant with a microSD slot that let you expand up to 32GB only.

It is interesting to note that the battery on the Flash Plus 2 has seen a downgrade from its predecessor. The Flash Plus had a 3500mAh battery, while the new smartphone only packs a 3000mAh battery (with support for fast charging). The company claims that it's up to three times faster than traditional charging, and is rated to deliver 15 hours of talk time on 3G, and 405 hours of standby time on 4G. The smartphone also supports 4G LTE, Bluetooth and Wi-Fi connectivity options.

The Flash Plus 2 has a fingerprint scanner embedded in the home button on the front. It sports dimensions at 152.6x76.4x8.2mm, weighs 157 grams, and comes in Luna Silver and Venus Gold colour variants.