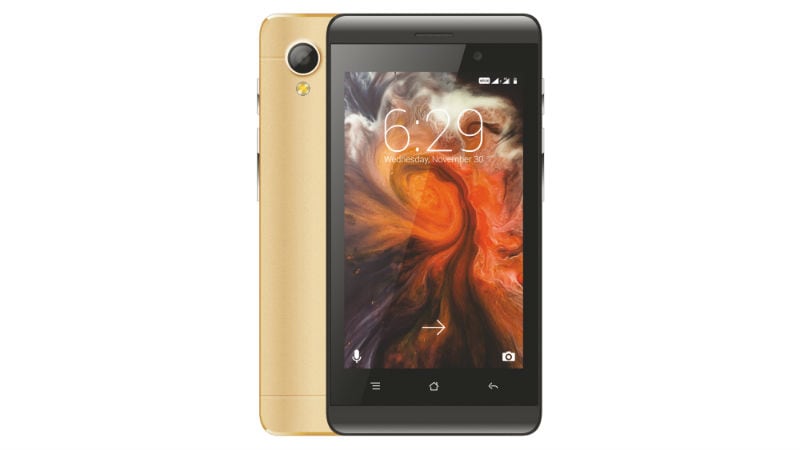 Airtel on Friday expanded its 'Mera Pehla Smartphone' initiative in India, adding the Celkon Star 4G+ to the list, and offering it at an 'effective price' of Rs. 1,249. The telco states the market price is approximately Rs. 2,999. The subscriber opting the new launch will need to adhere to Airtel network and the same handset for a period of three years. Earlier this month, the telco partnered with Intex to launch a similar offer.

Subscribers opting the Celkon Star 4G+ need to make a down payment of Rs. 2,749 and make 36 continuous monthly recharges (totalling a minimum of Rs. 3,000 every 18 months). The company recommends its Rs. 169 recharge. In return, the telco will provide them with a cashback of Rs. 500 after 18 months, while the remaining Rs. 1,000 will be available after 36 months - bringing the total cashback to Rs. 1,500. The Celkon handset will be available for purchase through major retail stores in the country, while prepaid recharges need to be done from an Airtel retailer.

As we mentioned, Airtel subscribers interested in the offer have the freedom of making recharges of any denomination. However, to avail the cashback, they will be required to make recharges worth Rs. 6,000 over the 36-month period, or more specifically, a minimum of Rs. 3,000 in each of the 18-month periods.

The Android 6.0 Marshmallow-based Celkon Star 4G+ has a 4-inch display and comes with dual-SIM support. The smartphone is backed by a 1.3GHz quad-core processor, coupled with 512MB of RAM. Further, it has a 3.2-megapixel rear camera sensor and a 2-megapixel front camera sensor. The handset has 4GB of onboard storage, expandable via microSD card (up to 32GB), and comes with connectivity options such as Wi-Fi, Bluetooth, GPS/ A-GPS, and Micro-USB. There is also built-in FM radio and MPEG 4 video support. It is powered by an 1800mAh battery.

Airtel collaborated with Intex a couple of weeks back and launched the Intex Aqua Lions N1 under its Mera Pehla Smartphone initiative at an effective price of Rs. 1,649. The company kicked-off the programme by partnering with Karbonn and then Celkon later the same month earlier this year. In November, it launched two more smartphones with Karbonn. The prime aim behind the development was initially to make subscriber focus shift from Reliance's Jio Phone that was debuted with a nominal security deposit of Rs. 1,500. However, it also kickstarted an "effective price" war between other telcos, including BSNL and Vodafone. BSNL brought the Micromax Bharat 1 in October, while Vodafone recently launched the Itel A20 with a similar effective price tag.