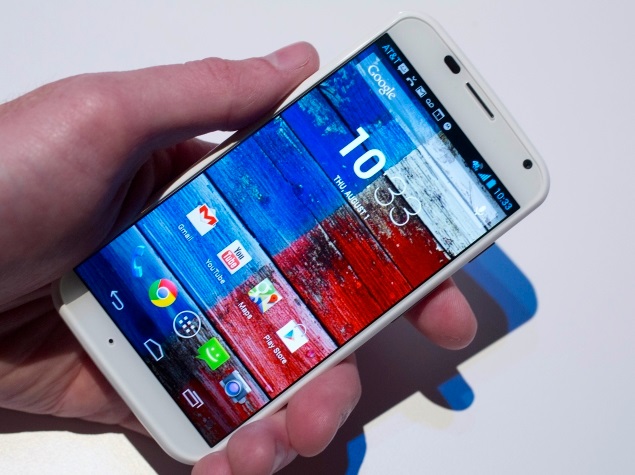 Motorola seems to be in no mood to rest after the laurels earned in India by its budget Moto G smartphone, as the company has announced that it will launch the flagship Moto X soon.

The news was confirmed by Motorola's official Twitter handle that while, answering a query about Moto X's Asia release, said, "In next few weeks Moto X will launch in India and Australia."

However, the company has not announced the exact India launch date, nor provided any pricing details of the Moto X for the Indian market, as of now.

Q: When will see Moto X in Aisa A: In next few weeks Moto X will launch in India and Australia #MotoMWC

The Moto X, a customisable Android smartphone was launched in August last year and was initially available in US only. The smartphone natively ran Android 4.3 Jelly Bean; however Motorola rolled out the Android 4.4.2 KitKat update in November last year.

The Moto X features a 4.7-inch display with a resolution of 720x1280 pixels. It is powered by a 1.7GHz dual-core Qualcomm MSM8960Pro Snapdragon processor along with 2GB of RAM. There is 16GB of inbuilt storage, which is non-expandable. It also sports a 10-megapixel rear camera accompanied by an LED flash and a 2-megapixel front-facing camera.

Earlier this month, Motorola finally unveiled the Moto G in India. The Moto G 8GB variant is available at Rs. 12,499, while the 16GB variant comes at Rs. 13,999. The Moto G is only available from online retailer Flipkart - it will be interesting to see if the company continues the same strategy with its flagship, Moto X.