iPhone 6 Plus Bending: Apple Reveals Its Own Stress Tests 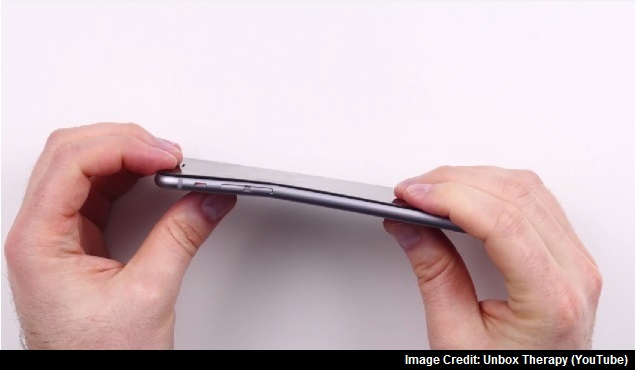 With the iPhone 6 Plus getting mocked all over social media over suggestions it can be bent rather easily, Apple responded by inviting journalists to observe its testing procedures.

According to Apple, 15,000 iPhone 6 and as many iPhone 6 Plus handsets were stress tested before the two models were sold to consumers. Journalists from publications such as the Wall Street Journal, Re/code and The Verge were taken to see these facilities, and shown the tests in detail.

Re/code has a video showing all the tests, and in case you can't watch the video embedded here, we've also described them for you below.

The first test that Apple puts phones through is called a sit test, which is supposed to replicate the pressure on the phone when you're sitting. This is what has resulted in the reports of bent iPhones, and Apple tests for the pressure of a typical user sitting down on a hard surface, then sitting on a soft surface, and finally, sitting on a hard surface at an angle, which was described as the worst case scenario for your phone. The test uses a 25kg weight to apply pressure, and the iPhone 6 Plus that was tested in front of the journalists was not damaged by this.

Apple then puts the iPhone 6 and iPhone 6 Plus through a 3-point bend test, where 25kg of weight is pressed across the centre of the iPhone. The whole width of the phone is pressed by the bar, while 2 similar bars hold up the edges. That's similar to holding the edge of the phone with your fingers, and pressing at the centre with your thumbs. In this test, the reporters saw the iPhone bend, but return to its normal shape. According to Apple, if a huge pressure is applied on the phone then beyond a certain point the deformation can set.

Finally, the phone is put through a torsion test, where Apple showed an iPhone 6, iPhone 6 Plus and a MacBook Pro being twisted from both ends. While these were the only tests demonstrated, Apple (and all companies) put their phones through a much larger series of tests to ensure that there are no physical defects with their designs and materials.

So why are there still reports of bent iPhones? According to Apple spokeswoman Trudy Muller in the first 6 days of sales, only 9 customers have contacted Apple with a bent iPhone 6 Plus.

That's a very small number compared to the 10 million handsets that Apple says it sold, but as more people use their phones, it's likely that the reported problems will also rise.