Adobe backs off on Flash for mobile browsers 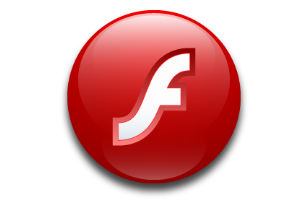 Highlights
Adobe Systems Inc. is pulling its Flash software for Web video and games from the browsers of mobile devices, though Flash will still work on mobile apps and on the Web browsers of regular computers.

The move is a win for Apple Inc., which has famously banned Flash from working on the iPhone and the iPad. Adobe said Wednesday, however, that the about-face is about giving people what they want.

"I wouldn't say we lost to Apple. I'd say we listened to customers," Adobe's chief financial officer, Mark Garrett, said in an interview at the company's meeting with analysts in New York.
The popularity of Apple's mobile devices and its steadfast opposition to Flash has pushed into the public eye what has been a largely technical conversation about the behind-the-scenes workings of Web displays and apps.

In April 2010, Apple founder Steve Jobs wrote a lengthy diatribe criticizing Flash for being too buggy, battery-draining and PC-focused to work on the iPhone and the iPad. It was an explanation of the company's long-standing ban of the technology from its mobile operating systems.

"Flash was created during the PC era -for PCs and mice. Flash is a successful business for Adobe, and we can understand why they want to push it beyond PCs. But the mobile era is about low power devices, touch interfaces and open web standards - all areas where Flash falls short," Jobs wrote in his essay.

In a blog post Wednesday, an Adobe vice president, Danny Winokur, said that Adobe will increase investment in HTML5, the latest version of the programming standard that websites are built on.

"HTML5 is now universally supported on major mobile devices, in some cases exclusively," Winokur said in the blog post. "This makes HTML5 the best solution for creating and deploying content in the browser across mobile platforms."

Less than two months ago, Winokur, who serves as vice president and general manager of interactive development, told The Associated Press that Adobe was equally focused on both Flash and HTML5. But even with Wednesday's retreat, Adobe stressed that the technology is not going away, and that it'll continue to be available on PCs and on mobile apps.

Still, it seems that Jobs was on to something. Adobe is shifting resources to HTML5, a technology that its engineers have been active in developing.

Flash, though, is just one of Adobe's many product offerings. The company does not break out how much business the technology brings in.

Overshadowed by the Flash concession, Adobe also outlined a big realignment of its business model to focus on digital content and marketing. Until now, Adobe has been best known for its software tools for creating digital content - Photoshop for photo editing, Illustrator for illustrations and the Web design software Dreamweaver. Now, Adobe says it wants to help businesses not just create content but market it and make money from it.

The company is also shifting its software offerings to a subscription model. Instead of charging $1,300 to $2,600 upfront for its Creative Suite software package, Adobe will offer it for a monthly subscription fee starting at $49. The idea is that a lower upfront cost will make the products more appealing to a wider group of designers, Web developers and others who use them.

As part of its business realignment, Adobe said Tuesday that it is laying off 750 workers, or about 7 percent of its work force. The San Jose, Calif.-based company wouldn't break out how many of the job cuts, if any, are related to Flash.

Adobe's stock fell $2.34, or 7.7 percent, to close Wednesday at $28.08 as investors seemed to focus on the Adobe's lowered revenue forecast for 2012 as a result of the business model shift.
Comments