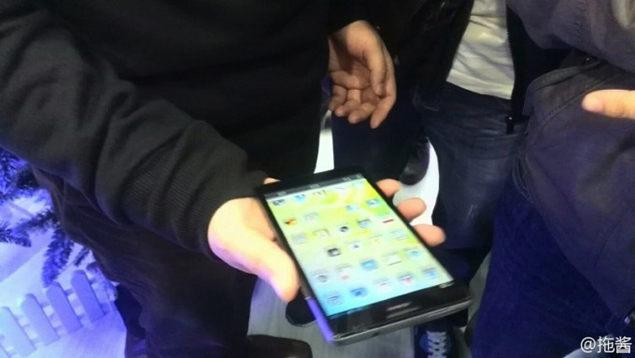 Huawei seems to getting into action for launching big-screen smartphones. The company is said to be working on a 6.1-inch Ascend Mate. This device is expected to be unveiled at the forthcoming CES 2013.

However, it was showcased at a Huawei store in Guangzhou, China by the company's Chairman, Richard Yu Huawei.

Huawei Ascend Mate sports a 6.1-inch full-HD display at 361PPI pixel density and is powered by a 1.8GHz K3V3 quad-core processor. It is 9.6mm thick and has a 4000mAh battery. So far, there is no news about which version of Android this smartphone will be running.

According to Chinese website Sina Weibo, Ascend Mate will be priced under CNY 3,000, which translates to approximately $480.

Another Huawei device that might see the light of the day at CES is the 5-inch Ascend D2.

As of now, Samsung Galaxy Note II has the title of the smartphone with the biggest screen size. It sports a 5.5-inch Super AMOLED HD display and is powered by a 1.6GHz quad-core processor with 2GB of RAM. It has a 3100mAh battery and has 16GB internal storage expandable up to 64 GB via microSD card.

The device features a 8-megapixel rear camera and a 1.9-megapixel front camera. Samsung Galaxy Note II comes with the S-Pen stylus for taking notes on the device. It was launched in India in September for Rs. 37,990.