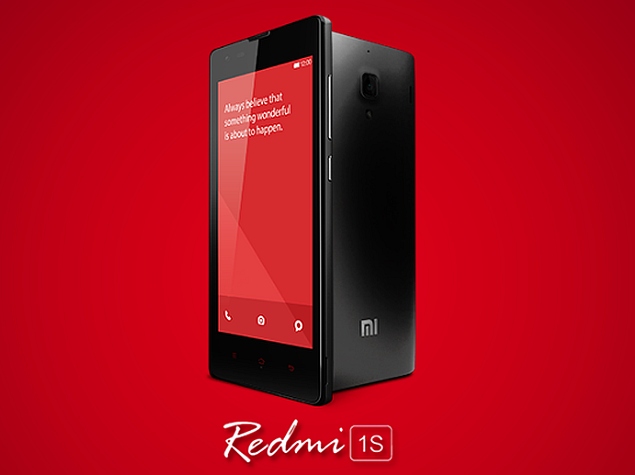 Xiaomi and Flipkart will be making 25,000 units of the Redmi 1S available for purchase on Tuesday's flash sale, which kicks off at 5pm IST for registered users.

Update: Xiaomi has revealed that Tuesday's sale saw 25,000 smartphones go out of stock in 5 seconds, and is yet to announce the next sale date of the smartphone, or open registrations.

The two companies earlier this week revealed that they have received over 150,000 registrations for Tuesday's flash sale of the Xiaomi Redmi 1S, which is priced at Rs. 5,999.

Notably, Xiaomi India cancelled the flash sale of the Redmi Note 4G that was scheduled for 2pm IST Tuesday, after making the handset available for the first time without registration over the Republic Day weekend from January 24 to January 26.

The next flash sale for the Redmi Note 4G will be held on February 3, instead of January 27 as revealed earlier, and the registrations for the sales are now open.

Xiaomi started sales of the Redmi 1S again in December after the company received some relief from the Court to sell handsets based on Qualcomm chipsets in India.

Under the injunction order (following Xiaomi's appeal), the Chinese manufacturer was allowed to import and sell handsets that run on Qualcomm-based chipsets, such as the Redmi 1S and Redmi Note 4G.