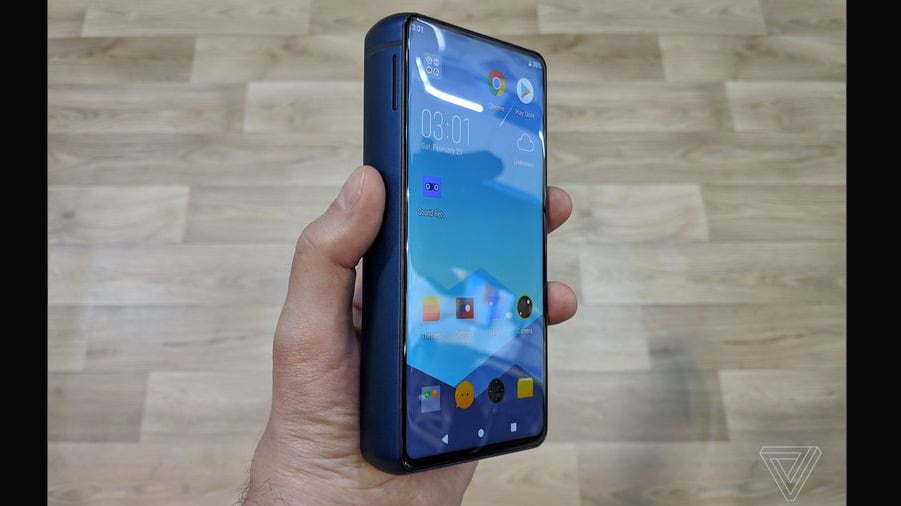 We have all faced the dreaded “Battery low” notification on our smartphones and wished for a bigger battery at some point or the other. Low battery life was an issue plaguing most smartphones at a point. Manufacturers have tried fixing the issue by offering bigger batteries but it looks like Avenir Telecom - brand licensee for Energizer's - might have gone a little too far. At MWC, Avenir Telecom unveiled an Energizer-branded smartphone with a whopping 18,000mAh battery. Yes, you read that right - we didn't add an extra zero there.

Called the Energizer P18K Pop, the smartphone packs in the huge battery and the bulk is visible. At a reported thickness of close to 18mm it is significantly thicker than pretty much every other smartphone in the market. The manufacturer claims that the battery on this smartphone can last for a week and capable of delivering 2 full days of continuous video playback. This might be a conservative figure considering the Realme C1 with its 4230mAh battery managed close to 20 hours in our video loop test.

The Energizer P18K Pop has a 6.2-inch display with thin bezels all around. There is a pop-up mechanism at the top of this device which houses a dual selfie camera. The phone is reported to be powered by a MediaTek Helio P70 processor along with 6GB of RAM and 128GB of inbuilt storage. The P18K Pop has a USB Type-C port at the bottom and two speaker grilles on either side.

The Energizer P18K Pop comes bundled with a fast charger which isn't surprising considering the mammoth battery size. Even with fast charging we can safely say that it will easily take a couple of hours to top the battery off completely.