There's a lot of competition in India, and you can get great features and performance without spending too much
By  Gadgets 360 Staff  |  Updated: 22 February 2022 12:53 IST 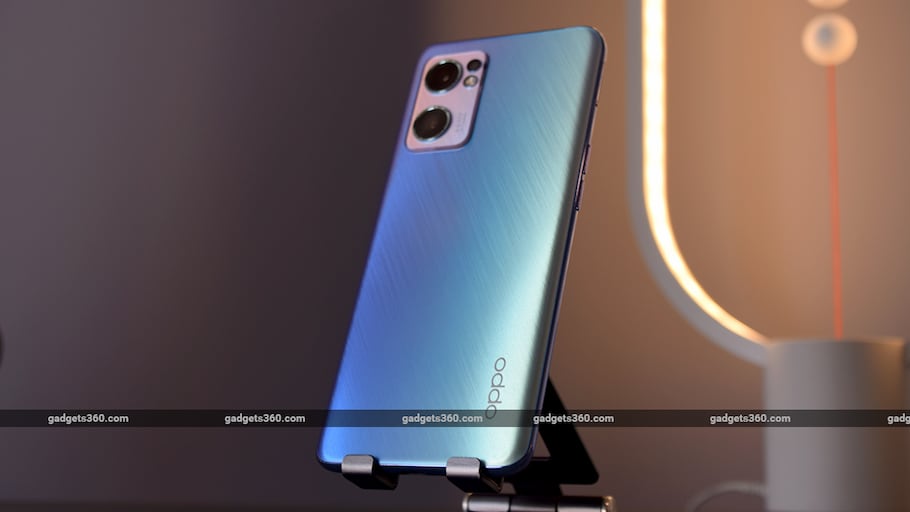 You can get smartphones with good cameras and long battery life

As buyers' tastes get more sophisticated and people start upgrading from their first Android smartphone, demand has picked up in the sub-Rs. 25,000 and sub-Rs. 30,000 segments in India. In addition, it's also true that prices in general, across markets and industries, have risen over the past year or so, and so even value-conscious buyers are looking at higher budgets than before. If you want to spend less than Rs. 30,000, you can now get a variety of very capable smartphones with premium features, modern hardware, and versatile cameras.

Here are Gadgets 360's picks of the top phones under Rs. 30,000 in India, in no particular order. We have reviewed all the phones on this list and have tested them in depth, including their raw performance, camera capabilities, software and ease of use, physical design, battery life, and charging speed.

Xiaomi certainly knows how to stand out – the 11i Hypercharge 5G lives up to its name with 120W fast charging, which means its 4500mAh battery can get from zero to 100 percent in about 20 minutes. Of course you'll need to carry its rather bulky charger around with you if you need that quick charge outside. Beyond this, the Xiaomi 11i Hypercharge 5G looks smart with its matte glass rear panel, but is relatively heavy at 204g.

You get the MediaTek Dimensity 920 SoC and either 6GB or 8GB of RAM, depending on which variant you choose. There's 128GB of storage, a 6.67-inch full-HD+ 120Hz AMOLED display, stereo speakers, and an IR emitter. You get MIUI 12.5 running on top of Android 11. The Xiaomi 11i without 120W charging costs a bit less and is otherwise nearly identical, so you would be paying a premium for this feature, if you think it's important enough.

Motorola's Edge series has made quite a mark in the Indian smartphone market, and the Motorola Edge 20 could hit the sweet spot in terms of price and performance. It features a powerful SoC, a very fluid 144Hz refresh rate display, a versatile set of cameras, and an IP52 rating for dust and water resistance. Motorola also uses a near-stock Android UI and promises timely software updates. This phone looks great, and it is slim and light, but as a result its relatively low-capacity battery requires frequent recharging. If you are looking for a slim smartphone, or one running bloatware-free Android, the Motorola Edge 20 is worth considering.

Realme's GT Master Edition comes in at a competitive price with a unique suitcase-like design. This Master Edition model in the first GT series packs a punch even though it's not quite an all-rounder. The high-quality 120Hz refresh rate Super AMOLED display is good for gaming and watching movies on. You don't get stereo speakers but this phone does have a a 3.5mm headphone jack.

Powering the gaming experience on the Realme GT Master Edition is the Qualcomm Snapdragon 778G processor, which is a worthy upgrade over the 768G and is on par with MediaTek's Dimensity 1200. Camera performance is quite good in daylight but low-light performance is only saved by the Night mode. Battery life is quite good for a slim mid-range smartphone, and it charges quite quickly too, going from zero to 100 percent in about 35 minutes.

Although very similar to its predecessor, the Reno 6, the new Oppo Reno 7 5G does have some updates that keep it on our list. It's slim and light, and the new laser-etched pattern on the back looks good, but the entire body is made of plastic. The Reno 7 uses the same MediaTek Dimensity 900 SoC as the Oppo Reno 6, and this phone is only available with 8GB of RAM and 256GB of storage. The 4500mAh is slightly larger than the one in the previous model. It runs ColorOS 12 based on Android 11. The 64-megapixel main camera, 8-meagpixel ultra-wide-angle camera and 2-megapixel macro camera are also much the same as those on the Reno 6. This is a good phone overall and it performed well in our review, but some others at this price level do offer better features, and the nearly identical OnePlus Nord CE 2 starts at a lower price.

The OnePlus Nord 2 is the successor to the OnePlus Nord. It sports a 6.43-inch AMOLED display with a full-HD+ resolution and 90Hz refresh rate. It packs in a 4,500mAh battery and supports 65W Warp charging. The Nord 2 is powered by the MediaTek Dimensity 1200AI processor and is available in 6GB, 8GB, and 12GB RAM options. Like most other OnePlus smartphones, the Nord 2 runs OxygenOS.

The camera performance of the Nord 2 is good for its price. Daylight photos are sharp but shots taken with the ultra-wide-angle camera aren't great. The Nord 2 manages close-ups and portrait shots very well. Low-light camera performance is also good, especially with Nightscape mode. Overall, the OnePlus Nord 2 is a good pick for someone on a budget.

The Poco F3 GT is designed around gaming features and performance. This new model has a premium body with a metal frame and a glass back. There are “maglev” trigger buttons which can be engaged using sliders on the side. You get a big 6.67-inch HDR10+ AMOLED display with a 120Hz refresh rate and a touch sampling rate of up to 480Hz in Game Turbo mode. Poco has picked the Dimensity 1200 SoC to power the F3 GT and you can get this phone with 6GB or 8GB of RAM.

The Poco F3 GT has a triple camera setup consisting of a 64-megapixel main, 8-megapixel ultra-wide-angle, and 2-megapixel macro camera. It captured average quality photos in daylight as well as low light. On the plus side, the Poco F3 GT delivered a great gaming experience for the price.

The Mi 11X 5G is priced starting just under Rs. 30,000, and it's very powerful thanks to the near-flagship-grade Qualcomm Snapdragon 870 SoC. We like the fact that the Mi 11X 5G looks refreshingly plain, with no elaborate flourishes and no over-the-top branding unlike some of its competitors. General and gaming performance is great, and content looks very good on the 120Hz AMOLED display. Small touches such as fast charging, an IP rating, and stereo speakers add to the overall pleasant experience.

MIUI showed lots of spam notifications during our review period. We also noticed that the Mi 11X would get unusually hot when charging. Camera quality on the whole was rather average, though its “telemacro” camera is capable of delivering some great shots. Ultimately, the Mi 11X 5G is not the best all-rounder but it's a strong contender, especially if you're after an SoC that's powerful enough for gaming.

The Realme X7 Max 5G replaced the Realme X7 Pro 5G only shortly after its launch, and that too with a much more powerful SoC and a few improved features at a lower starting price. The Realme X7 Max 5G can be considered a “flagship killer” and is great for gaming thanks to its MediaTek Dimensity 1200 SoC, 5G support, stereo speakers, great battery life, and quick charging. It has a decent enough set of cameras for daytime shooting.

Realme has made the design of the rear relatively subtle, but the basic finish makes this seem like a much less expensive phone. It does have a 3.5mm headphone jack which its predecessor did not. The cameras don't do too well in low light, and the macro camera is not very useful at all. If you can look past these shortcomings, you'll find that the Realme X7 Max 5G offers very good value for the price.

The Samsung Galaxy A52 turned heads when it launched, thanks to a brand new design for the A-series. It looks youthful and, dare we say, fashionable. It also offers excellent features such as an IP67 rating, stereo speakers, and a 90Hz AMOLED display — a combination that's hard to come by in this segment. We found its overall performance to be solid, even though it uses a lower-tier Snapdragon 720G SoC.The Samsung Galaxy A52 ships with the latest One UI skin, based on Android 11. There's a bit of bloatware to deal with, which we are not big fans of. The cameras, while solid during the day, tended to fall a bit short in low light. Barring these issues, the Galaxy A52 is still a compelling offering as you get a good set of features.