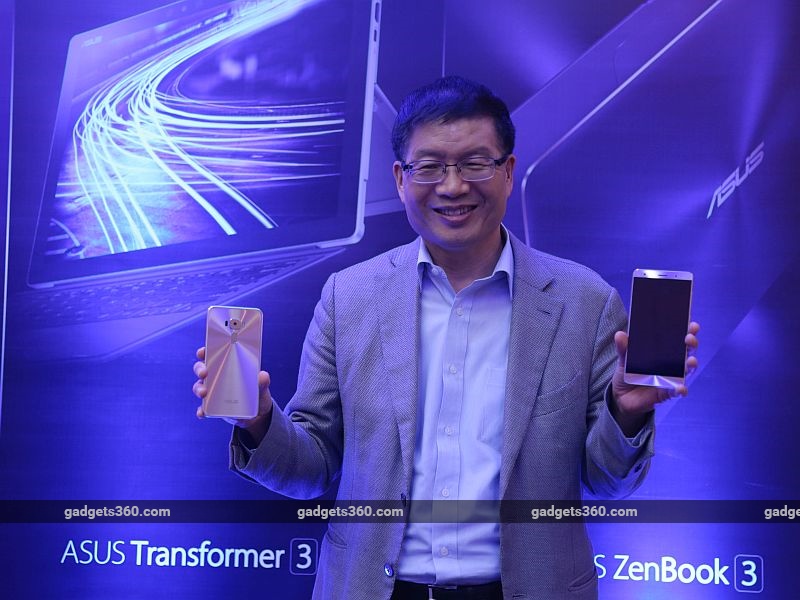 Highlights
Asus on Wednesday unveiled its ZenFone 3 series in India apart from other new products. With its new ZenFone 3 range, Asus wants to target the premium segment in the country, a change from earlier Zenfone devices that were priced in the Rs. 8,999 to Rs. 19,999 range. In contrast, the ZenFone 3 will start at Rs. 21,999.

Talking to Gadgets 360, Jerry Shen CEO Asus stressed on the fact that the company wants to compete with brands such as Apple and Samsung in the high-end segment. Shen added that the Asus ZenFone 3 Deluxe will be the company's new premium offering to take on the competitors.

He also confirmed that the India will be among the first markets where the Snapdragon 821-powered ZenFone 3 Deluxe variant will be available. 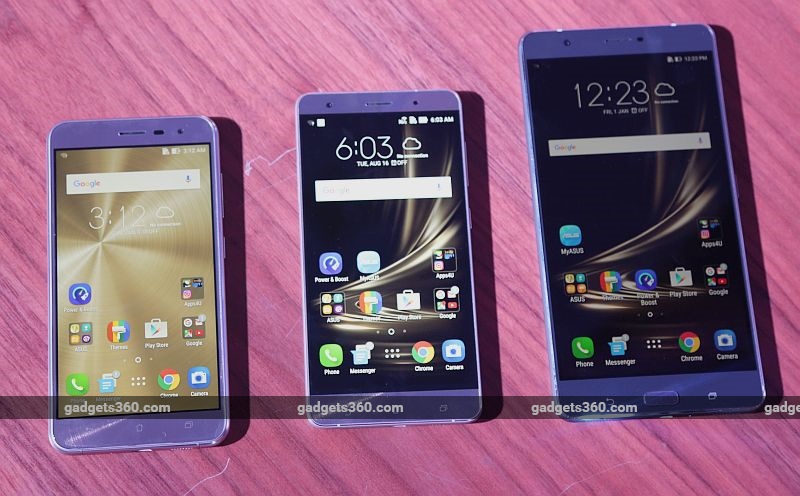 Peter Chang, Region Head, South Asia and Country Manager for Asus India said that Asus is looking to double its share. "So our total smartphone market share should be around 5 percent in India," he said. "We want to increase our share in the premium segment where we lack the most. With the new ZenFone 3 range, we are targeting over 10 percent market share."

"In terms of sales channel, we will be more aggressive this year," Chang added. "The ZenFone 3 series smartphones will be available right away from the launch day and can be grabbed from more channels than ever. Actually, this year we won't be just going with the online sales but also offline model at the same time. Apart from top e-commerce retailers in India, Asus will also sell the products from other retailers including the offline ones to extend the reach of our products."

The Zenfone 3 will be Asus' mass offering, which is the space where we see the most competition in India. "The ZenFone 3 smartphone uses 2.5D Corning Gorilla glass on both front and rear panels," Shen said, pointing out the advantages Asus sees for the phone, in this segment. "You won't find many manufacturers using 2.5D Corning Gorilla glass on their phones but we have used it on both sides. We want to offer the best to our consumers," he added.

Talking about the Asus ZenFone 3 Ultra, Shen claimed that the handset will be targeted at the audience who love bigger screen size for media consumption. "We believe that the dual speakers on the ZenFone 3 Ultra can easily compare to the speakers that currently ship with some notebooks," he said. With a screen size of 6.8-inches, the new ZenFone 3 Ultra is even bigger than the Xiaomi Mi Max, which came with a 6.44-inch screen.

The company also addressed fears that the 3.5mm audio port might be on the way out for Asus' phones, since the entire Zenfore 3 line has made the switch to USB Type-C. One of the product heads for Asus said this could happen in future producs, but it's not on the cards for now.

"Currently, most of earphone manufacturers and smartphone makers are sticking to 3.5mm audio jack. We will also stick to the standard 3.5mm audio jack for some time until we see the adoption of the new tech in more phones," he said. "This will be best for the end user because we think a lot of people use their phones everywhere no matter outdoor or indoor or any time bound. Not many of them will prefer moving around with a separate set of earphones that is designed just for one device. In 2016, we think using the 3.5mm standard is the best choice."

Chang updated us about the after-sales service of Asus and claimed that the company will add more authorised customer care support centres in India soon. "We continue to expand our after-sales services. Right now we have 150 service centres and we will add more soon," he said. "In terms of spare parts, we earlier had just one warehouse in India but now that number has gone up to three."

Intel Joule, Project Euclid, and Other Major Announcements From IDF Day 1
Cisco to Cut 5,500 Jobs in Shift From Switches to Software