Xiaomi's Hugo Barra on Mi 3 Sales in India, the Mi 4 Challenge, and More 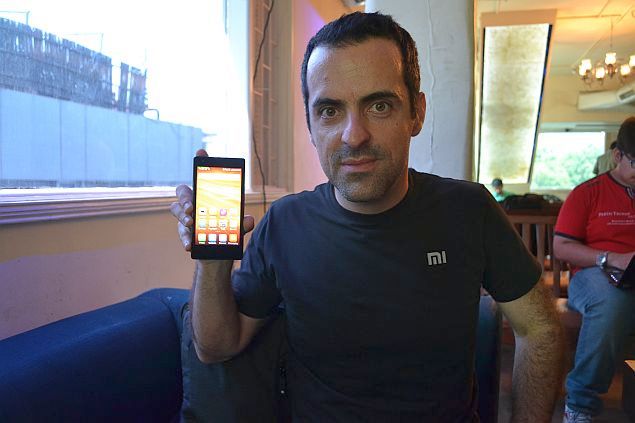 Selling 20,000 phones in two seconds should be seen as a big success for any brand, but for Chinese handset maker Xiaomi, it's been a mixed blessing. The inability to buy the phone has left many angry, resulting in a fair amount of backlash against both the brand, and its e-commerce partner, Flipkart. The launch of the Xiaomi Mi 3 was pretty heavily anticipated after the price tag was revealed, and the demand far outstripped the meagre supply that Xiaomi had on hand for India.

The phone was only available online, through a flash sale model that required people to first register their interest, and then allowed only pre-registered customers to purchase the phone in a first-come-first served flash sale. This is the same model that the company follows in China, but here, Xiaomi and Flipkart saw 100,000 registrations for 10,000 devices in the first flash sale, and the last one saw around 250,000 registrations for 20,000 units - this kind of interest is obviously great for the brand, but customers who wanted to buy the phone didn't necessarily feel too happy when they ended up unsuccessful.

At the launch of the Redmi 1S on Tuesday, Xiaomi Vice President Hugo Barra spoke to NDTV Gadgets and confirmed that the company will continue to follow its flash sale model, though buyers should expect the volumes to be much more closely matched to demand. The phone, which will be available from September 2 at Rs. 5,999, will be sold on Flipkart via flash sales again. For the next couple of weeks, Xiaomi will focus on the Redmi 1S, before deciding whether it will keep selling the Mi 3 in India, since the Redmi Note and the upcoming Mi 4 flagship are also expected to launch here shortly.

Aside from these two phones, two other products, the Mi Pad tablet and the Mi Band fitness tracker may also be incoming around the end of t he year, though the timeline for these is not so clear because they have to receive BIS certification, a mandatory (but sometimes slow) process, before the devices can go on sale in the country.

(Also see: How a Little-Known Rule Hurt Tablet Sales in India; but Is a Turnaround Near?)

Despite the problems the company faced with the Mi 3, Xiaomi is sticking to the flash sales model for the Redmi 1S too, and most probably other launches in the future. Barra admitted that the demand in India was hugely underestimated.

"Demand and supply are completely out of sync," said Barra, "with 150,000 to 250,000 registrations for 20,000 units. And that's not great because the vast majority are going to be unhappy. The ideal situation would be one where most people who show up that day can get the device and don't have to compete for the second click or anything like that. That has to do with volumes, not the specific model." 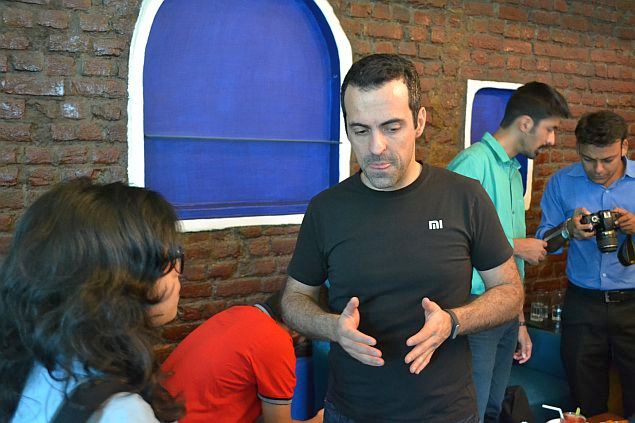 "If we had a different model, that was not flash sale but first-come-first-serve, and we randomly decide when to put it up for sale, we would still run out very quickly," he added. "All the people who didn't get it would complain - 'oh you didn't tell us when the sale was gonna happen, I didn't hear about it, and other things,' if the demand was, again, far exceeding supply."

"We considered this for India as well, but decided against it, partly on Flipkart's advice," said Barra. "It's a model people would only be willing to accept here for a new product that has not been released yet."

Barra also said the company shared customers' frustration that accessories for the Mi 3 were not available when the phone launched, blaming this on the fact the accessories were shipped by sea, which meant the import process was different compared - another lesson for a company that's still finding its feet in the country, Barra insists the problem will not be repeated - "we would rather delay the launch of a phone, so that it can launch with accessories."

In light of the reports on Wednesday of the sudden discontinuation of the Mi 3 in India after selling less than 100,000 units, accusations that Xiaomi was dumping last remaining stocks of the phone here seem reasonable, but on Tuesday, Barra denied this allegation entirely.

"The Mi 3 continues to sell well in every market we're in," said Barra. "If you look at our product life cycle, you'll see that they're very very long. Mi 2S, which is the most successful product we have ever had, is still selling, and it's about to complete its second-year anniversary. That's crazy, that doesn't happen. One can argue that it happened with the iPhone 4s."

When asked why the company hadn't launched the Mi 4 in the country yet, Barra said the process wasn't as simple as some may think.

"We make very few products and manage to sell them for a long time, they get cheaper but we keep them on a shelf for a long time," he explained. "And Mi 4 is a product we've been designing for a year and a half, first and foremost for the China market. The SKU of the Mi 4 for India, is very different because it's a GSM, GPRS, WCDMA, FDD-LTE and TDD-LTE, there are no other markets where we need to have a five mode device. So it's like a whole other device really, and that device doesn't even exist yet. It's still being engineered."

Read part two of our interview with Hugo Barra where he talks about wearables and why Apple's 'iWatch' may be the game-changer.