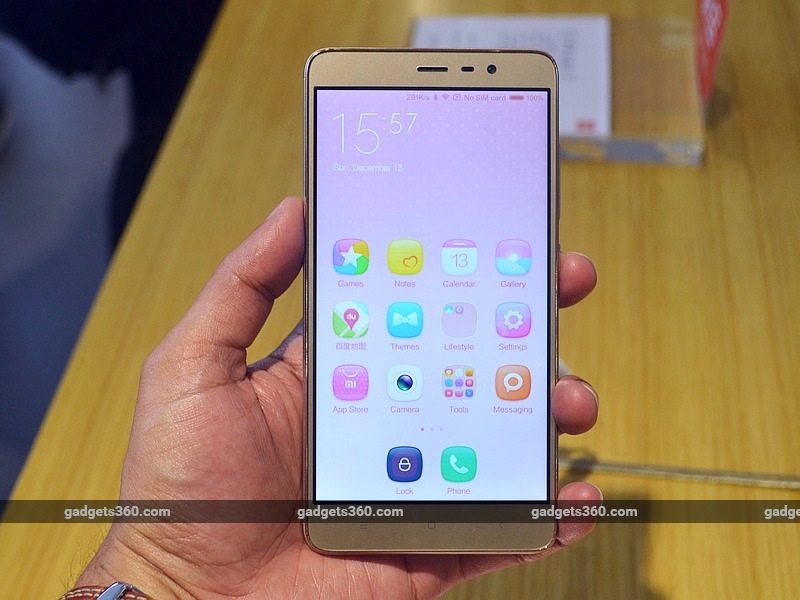 Chinese tech giant Xiaomi launched the Redmi Note 3 back in November last year, but made the smartphone available only in its home market - China.

Although the firm has kept tight-lipped regarding its launch in other countries all this while, it did showcase the handset at MWC 2016. We got our hands on the Xiaomi Redmi Note 3 at the trade show before it launches in India on Thursday. You can check out our initial impressions in the video.

The Redmi Note 3 was announced in two variants - one with 2GB of RAM and 16GB inbuilt storage and the other one with 3GB of RAM and 32GB storage. It features an all-metal industrial design and is also the company's first to sport a full-metal body and a fingerprint sensor. The fingerprint sensor at the back is said to unlock the device in just 0.3 seconds. Another highlight of the device is its 4000mAh battery with fast charging support that can charge up to 50 percent in 1 hour.

The Xiaomi Redmi Note 3 features a 5.5-inch full-HD (1080x1920 pixels) Sunlight Display and is touted be a "fully-laminated display". It runs MIUI 7 based on Android OS.

The rear 13-megapixel camera features Phase Detection Auto Focus (PDAF) and a true-tone flash. It includes several filter options such as fisheye, blur, dawn, mono, vivid and mirror, and other modes such as manual, gradient, HDR, timer, panorama and more. It also has a 5-megapixel front-facing camera.