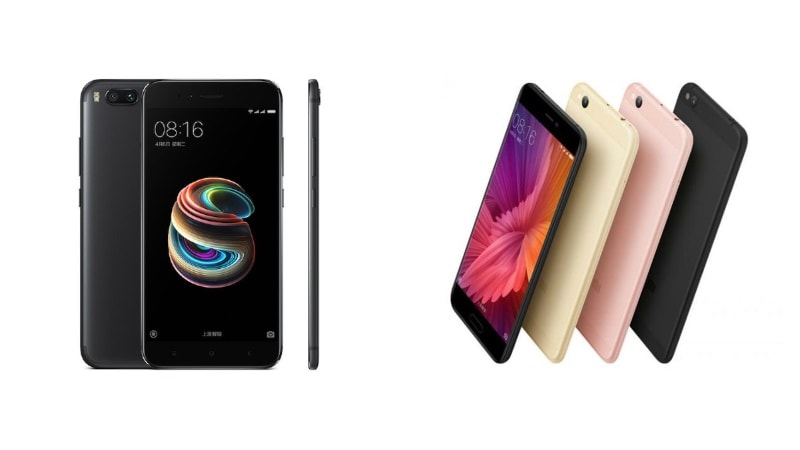 Xiaomi on Wednesday launched its Mi 5X smartphone with MIUI 9 and dual camera setup. The smartphone has been launched just for China as of now and has been priced at CNY 1,499 (roughly Rs. 14,200). If you are wondering how the new offering lines up against the company's Mi 5c, which was launched in China in February, we will help you figure it out.

However, the Xiaomi Mi 5X also comes with a high-quality audio output with DHS Audio Calibration Algorithm and a standalone audio amplifier for improved quality via headphones.

The fingerprint scanner is present right below the display at the front on the Mi 5c, but is on the rear panel of the newly launched Mi 5X. As mentioned earlier, the Mi 5X has been priced by the company CNY 1,499 (roughly Rs. 14,200). Interestingly, the Mi 5c was launched by the company at the exact same price as well.

Considering that both the Mi 5X and Mi 5c have the exact same price tag, the specs comparison clearly shows that the Mi 5X comes with several advantages including a dual camera setup, better processor, and more memory over the Mi 5c.