Xiaomi on Wednesday unveiled its latest flagship smartphone, the Mi 5, at an event in Beijing, China. The Chinese company also revealed the Mi 5 at MWC in Barcelona which marked Xiaomi's first official presence at the global event.

The Xiaomi Mi 5 launch comes almost two years after the Mi 4, which was unveiled back in 2014, and the company claims was one of the best sellers so far with sales figures close to 4 million. Considering that a lot rides on the success of the new flagship Mi 5 smartphone, the company has packed some impressive specifications under the hood as well as added some aesthetic improvements. Here are the top five features in Xiaomi's new flagship smartphone.

3D Ceramic body
Xiaomi at the launch of the Mi 5 stressed that the company was looking to experiment with a new build for the new handset and that was when 3D ceramic material for the rear came up. Hugo Barra, Vice President of International for Xiaomi, at the Barcelona briefing added that the ceramic material used on the Mi 5 top-end model is not the kind of ceramic one can find in plates but comprises high-grade nano-ceramic zirconia. "It's durable and resists any kind of abrasion really wall-up to 8H on the Mohs hardness scale; steel is 4 to 4.5 for comparison, while a diamond is at 10," Barra added. He went on to add that the Ceramic build gives the handset the texture of marble. 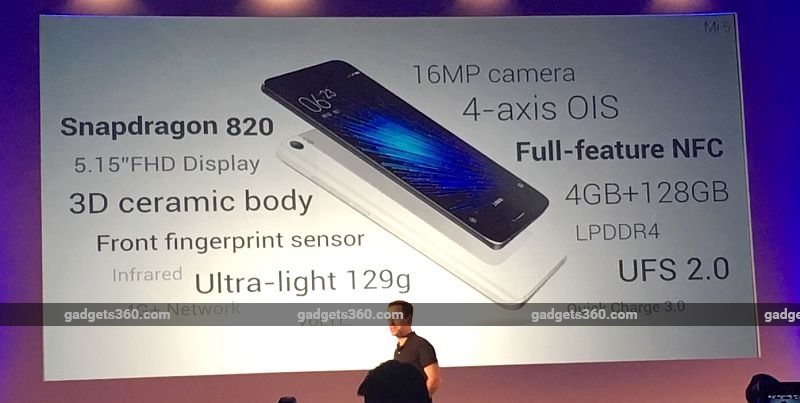 It's worth noting that the Mi 5 has been unveiled in three versions - standard edition, high, and an exclusive edition. The 3D ceramic body is only found the top model while the other two sport glass back panel.

According to the company claims, the Quick Charge 3.0 will allow Mi 5 to be used for 2.5 hours with just 5 minutes of charge while one hour charging will offer 80-90 percent. Xiaomi has also opted for USB Type-C on the Mi 5. 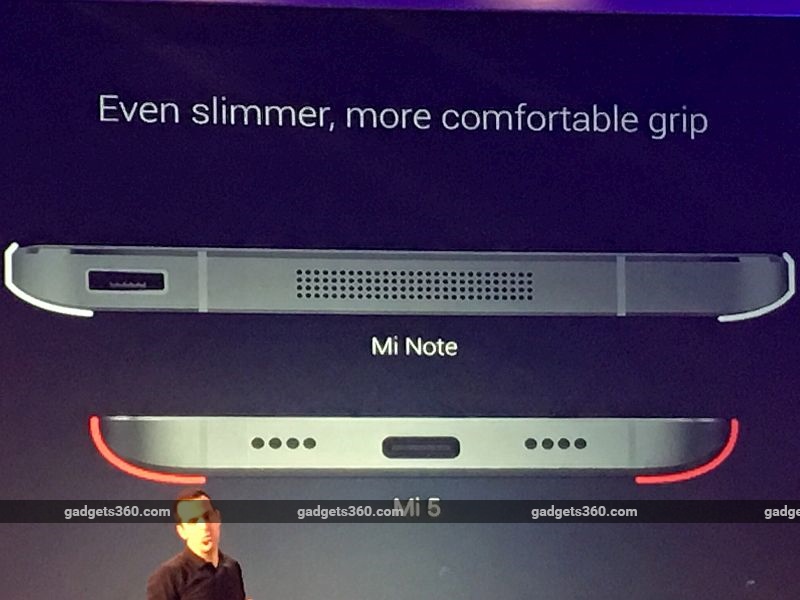 Camera sensor
Xiaomi has been touting sample shots of the Mi 5 even before the official launch. It sports a 16-megapixel Sony IMX298 camera sensor with PDAF (phase detection autofocus) and LED flash. The rear camera also sports 4-axis OIS (optical image stabilisation) and sapphire glass protection lens. The Chinese company also compared the OIS feature on the Mi 5 against the iPhone 6s and iPhone 6s Plus. The Mi 5 supports 4K video recording. It also sports a 4-Ultrapixel front camera, with 2-micron pixels. Both cameras feature an f/2.0 aperture.

Some of the other handsets unveiled at the MWC featuring the Snapdragon 820 are the Samsung Galaxy S7 and S7 Edge and LG G5.

Xiaomi at the start of its keynote address revealed that the Mi 5 scored an impressive 142,084 on AnTuTu. The company shared details how the Snapdragon 820 was 100 percent faster than the Snapdragon 810 SoC. The company also announced that the Mi 5 packs UFS (Universal Flash Storage) 2.0 which is 87 percent faster for read and write functions and also uses different data architecture than eMMC. 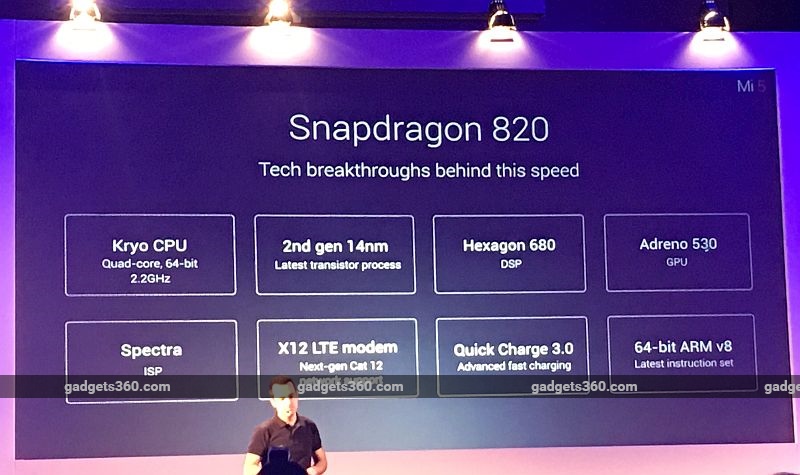