With iPhone 6s Launch, Apple Eyes a New Relationship With Its Customers 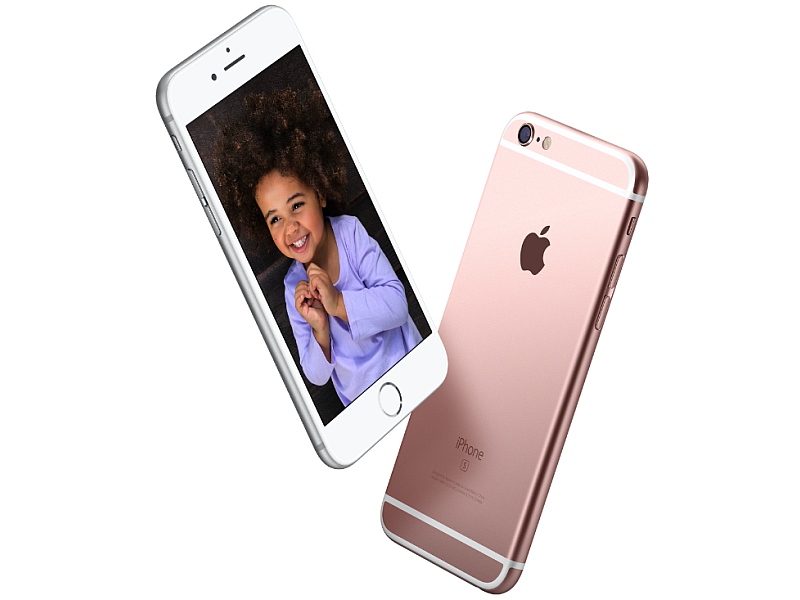 It's not just another iPhone launch. This time, Apple is pushing not only a new device, but what it says is a new relationship with its customers.

By offering for the first time monthly installment payments on direct sales and a new lease option for US customers, Apple is moving to help break the stranglehold of mobile carriers as it launches its new iPhones on Friday.

The program comes with US carriers largely moving away from the model in which the smartphone is offered at a subsidized price in exchange for a two-year contract, unlike most markets around the world where consumers pay upfront for a device.

This means the price of the iPhone $650 (roughly Rs. 42,250) and up is no longer hidden in monthly service fees, creating a challenge for the maker of the high-end smartphone.

Apple is meeting the challenge head-on by offering to finance the phone for as little as $27 per month, or allow customers to lease on an annual basis to upgrade to a new phone each year. It was not known if Apple would expand the program to non-US customers.

The bold move by Apple, which begins selling its new iPhone 6s and iPhone 6s Plus on Friday, gives the company a new connection with customers, while allowing an easier switch of carriers.

"Apple is trying to have a more direct relationship with its customers, it always has," said Avi Greengart, who follows mobile technology for the research firm Current Analysis.

By "unbundling" the device and the service, this opens up competition for both, according to Greengart.

The new model creates challenges for wireless carriers, which until recently have been able to maintain their customer base by reserving the top-selling phones for contracts.

"They obviously will be coming to an Apple store, they won't go to a carrier store where they might be enticed to buying a Samsung or something else," he said.

This "could dramatically increase churn" for carriers because customers can switch whenever they like with no real penalty," Dawson said.

Walter Piecyk at BTIG Research said big carriers like AT&T and Verizon "could face pressure to further enhance their programs if they don't want to risk losing even more control of the customer to Apple."

Piecyk said more than two-thirds of iPhone sales in the US market currently come through carriers or third-party retailers and that "shifting that traffic to Apple Stores can help drive greater retail store traffic leading to higher accessory sales to Apple."

Shortening the cycle
Some analysts say Apple's moves may boost sales by shortening the upgrade cycle allowing customers to get a new iPhone each year on relatively easy terms.

The program "seems appealing, since it provides customers unlocked phones with device protection while allowing them to upgrade annually," says a report by the research firm Trefis.

"A back of the envelope calculation says that the deal will work well for Apple."

Katy Huberty at Morgan Stanley said in a note to clients that the could boost iPhone shipments by 6.5 million in 2017. It has the added advantage of getting pre-owned iPhones out to more customers who can't afford a new one.

"Apple can potentially leverage partners (Brightstar in the United States and Foxconn in China) to resell the one-year old iPhones in the second-hand market, which helps address price points the new iPhones cannot," she said.

Bob O'Donnell of the research and consulting group Technalysis said Apple is seeking to spark new sales in a global smartphone market that is close to saturation, and that a better customer relationship can boost sales of other products and services.

"We are facing a slowdown in the smartphone business, and I think we will see Apple focus more on services," he said.

While some carriers may see a hit from the Apple program, IDC analyst Ramon Llamas said it frees them to focus on service.

"If you're a carrier, you want that traffic and voice and data revenue," Llamas said.

"And no carrier wants to be in a position where they have too much inventory. That's a cost. And if people are going to buy these phones eventually they have to hook up to a carrier."

Apple as carrier?
The move by Apple has also sparked speculation that it could become its own mobile carrier, following the lead of Google Fi which connects with multiple networks around the globe.

Apple has downplayed reports it is seeking to become a mobile virtual network operator to sell its own voice and data plans. But some say it could be part of a future plan for the California giant.

"A few years ago that might sound crazy to think possible but with the ongoing change in network architecture it now at least seems plausible," Piecyk said in a research note.

"On Apple's end, it can already make phones with soft SIMs that can switch between carriers, they have storefronts and online that can deal with customers and more than 100 million Americans are already using their iPhone."