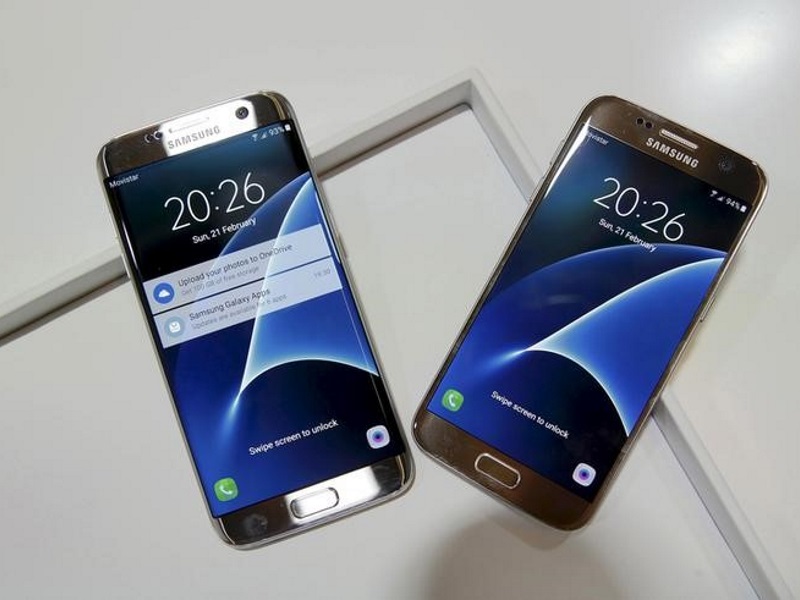 Squeezed by Apple Inc in premium products and undercut by Chinese rivals like Huawei in cheaper devices, Samsung's smartphone profits and global market share have fallen and sapped momentum at South Korea's most valuable company.

But several brokerages on Wednesday upgraded first-quarter forecasts for what is still the world's top smartphone maker, citing a strong start for the Galaxy S7 and Galaxy S7 Edge (Review) premium phones that were launched earlier this month.

"It looks like the sell-in numbers have been pretty good and analysts are raising their sales forecasts for the Galaxy S7 this year," noted HDC Asset Management fund manager Park Jung-hoon.

"The firm is pushing up volume in the mid-to-low tier to protect market share. Starting Galaxy S7 sales about a month earlier than the S6 to take advantage of Apple not having new products out yet was also a good move."

Getting Samsung's mobile business back on track is important for Vice Chairman Jay Y. Lee, the de facto leader of family-run conglomerate Samsung Group, to show his ability to manage the sprawling electronics-to-fashion business, some investors say.

Samsung shares gained as much as 2.4 percent on Wednesday to an 18-week high. The stock is up by more than a fifth since mid-January following a 22 percent slide over the previous three months.

Better, but not so different
The two Galaxy S7 models have won acclaim for their sleek design and the return from previous models of features such as microSD card storage support and water resistance, though analysts noted the phones offer only incremental upgrades and don't look very different to their predecessors.

Samsung's January-March operating profit was expected to fall 16 percent from a year earlier to KRW 5.2 trillion (roughly Rs. 29,898 crores) - the lowest in six quarters - according to a Thomson Reuters StarMine SmartEstimate derived from a survey of 31 analysts.

But the Korea Economic Daily newspaper, citing an unnamed source, said Samsung's quarterly profit will top KRW 6 trillion on Galaxy S7 sales and a weaker South Korean won. Samsung said its earnings were not yet finalised, and it declined comment on sales or shipments for the new handsets.

"The majority opinion in the market was that sales would be weak because the Galaxy S7 is little different from the S6, but that actually helps improve earnings," Mirae Asset analyst Doh Hyun-woo wrote in a report, noting the similarity helped reduce component and development costs.

This helped Samsung launch the Galaxy S7 models at a lower price than the S6 phones - up to 8.3 percent cheaper in the Korean market - at a time when the Galaxy S7 had no serious competition other than the iPhone 6S models that were launched late last year.

Investors said the strong start for the Galaxy S7 suggests Samsung has staying power in the smartphone business, though there's no guarantee of a return to the years of record profits.

"From the investors' perspective, there's nothing wrong with making money without innovation," said Lee Jin-woo at KTB Asset Management.