Vivo V17 and Vivo V17 Pro, both phones feature a quad camera setup at the back and an in-display fingerprint sensor. 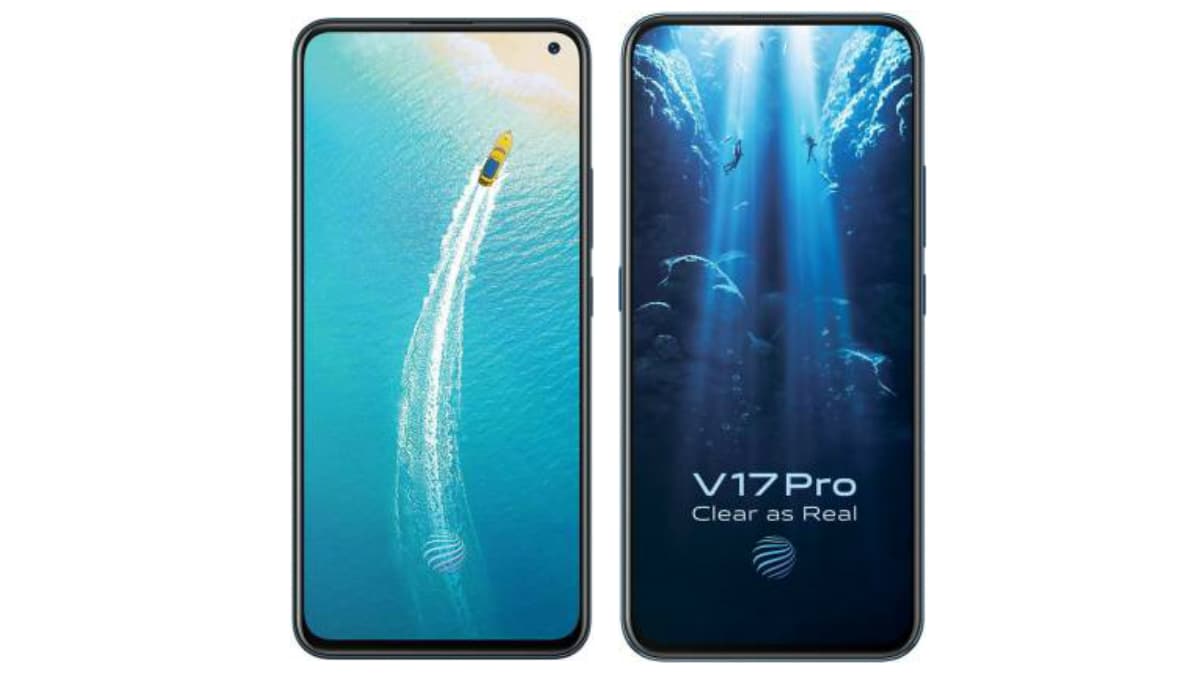 Vivo's latest V-series smartphone has been officially introduced in the form of V17. The design aesthetic of the Vivo V17 India variant is quite different than its Russia variant – and this is done to presumably give the phone a more premium look and feel, and compete better with other smartphones in the market. The Vivo V17 phone comes months after the Vivo V17 Pro was launched in Indian market, and there are slight differences between the two phones.

We pit the newly launched Vivo V17 India variant with the Vivo V17 Pro to see exactly what's different between the two phones, at least on paper.

Vivo V17 is priced in India at Rs. 22,990 for the lone 8GB RAM + 128GB storage option. The phone will go on sale in two colour options – Midnight Ocean and Glacier Ice. The Vivo V17 will be available starting December 17 in India.

Vivo V17 Pro was launched in India in September this year, and it was then priced at Rs. 29,990. The phone received a price cut in October, and it was brought down to Rs. 27,990 for the lone 8GB RAM + 128GB storage variant. Moreover, it comes in similar Glacier Ice and Midnight Ocean colour options.

Both Vivo phones support dual-SIM slots, and run on Funtouch OS based on Android 9 Pie. The Vivo V17 and Vivo V17 Pro feature a 6.44-inch full-HD+ (1080 x 2400 pixels) Super AMOLED display. The Vivo V17 Pro is said to offer up to 600 nits of peak brightness, while the new Vivo V17 claims to offer 800 nits of brightness. The Vivo V17 has a hole-punch display with the cutout placed on the top-right edge of the phone, while the Pro variant has a bezel-less and notch-less display. The two phones are powered by the Snapdragon 675 SoC, they pack 8GB RAM and offer 128GB internal storage.