Vivo U10 vs Realme 5 vs Samsung Galaxy M10s vs Nokia 4.2: Price in India, Specifications Compared 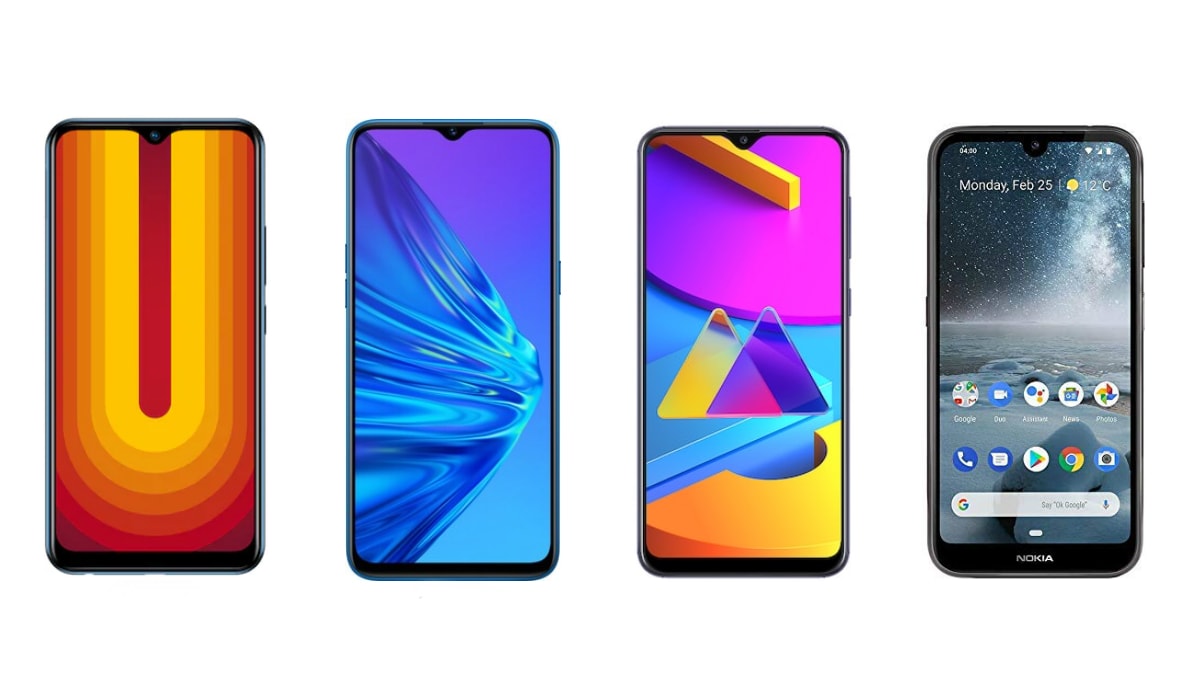 Vivo U10 has now been launched in India, expanding its U-series portfolio. The phone comes with a watedrop-style notch, a triple rear camera setup, and a rear fingerprint sensor as well. The phone will be made available online only, and is priced at a budgeted starting price of Rs. 8,990. At this price point, the phone will face a lot of competition from competing brands like Realme, Samsung, and even Nokia. Some of the phones that fall in same price bracket include Realme 5, Samsung Galaxy M10s, and Nokia 4.2.

We pit the newly launched Vivo U10 against similarly priced phones like the Realme 5, Samsung Galaxy M10s, and the Nokia 4.2 to see if the new entrant can compete well with the competition, at least on paper.

On the other hand, the Galaxy M10s price in India has been set at Rs. 8,999 for the sole 3GB RAM + 32GB storage variant. It will be available in Piano Black and Stone Blue colour options. The phone will go on sale via Amazon.in and Samsung's official e-shop from September 29 in India. It must be noted that the aforementioned price of the Galaxy M10s is a special introductory price for the festive season.

Lastly, the Nokia 4.2 is currently priced at Rs. 9,499 for the lone 3GB RAM + 32GB storage option. The phone was launched at Rs. 10,990 earlier this year, but recently its price was down by Rs. 1,491. It is listed in a single Black colour option and is available for purchase via the Nokia online store and offline stores as well.

Vivo U10 vs Realme 5 vs Samsung Galaxy M10s vs Nokia 4.2 specifications

Coming to specifications, all phones run on Android Pie based on different skins on top, and support dual-SIM card slot. They all sport waterdrop-style notched displays at 720p resolution. The Realme 5 has the largest 6.5-inch screen, followed by Galaxy M10 at 6.4-inch, the Vivo U10 at 6.35-inch, and the Nokia 4.2 has the smallest display at 5.71-inch.

Both the Realme 5 and the Vivo U10 are powered by the Snapdragon 665 SoC, In comparison, the Nokia 4.2 is powered by the Snapdragon 439 SoC, while the Galaxy M10s has an Exynos 7884B processor. The Realme and Vivo variants pack up to 4GB RAM, while the other two pack 3GB RAM. Vivo U10 offers up to 64GB of onboard storage, Realme 5 offers up to 128GB storage options, and the latter two phones offer only 32GB of onboard storage.

In terms of the camera capabilities, the Realme 5 houses a quad rear camera setup with a 12-megapixel primary shooter, an 8-megapixel wide-angle camera, a 2-megapixel macro shooter, and a 2-megapixel depth sensor for portraits. Realme has also packed a 13-megapixel selfie camera.

Only the Realme 5 has a 13-megapixel front camera, the other three sport 8-megapixel selfie sensors. All phones feature a rear fingerprint sensor , support Bluetooth v5.0, GPS, and a 3.5mm audio jack as well. Vivo has provided a 5,000mAh battery on the U10 that supports 18W fast charging tech, and Realme 5 also offers the same battery capacity. The Galaxy M10s packs a 4,000mAh battery, and the Nokia 4.2 packs the smallest 3,000mAh battery.

Vivo U10 vs Samsung Galaxy M10s vs Realme 5 vs Nokia 4.2 comparison