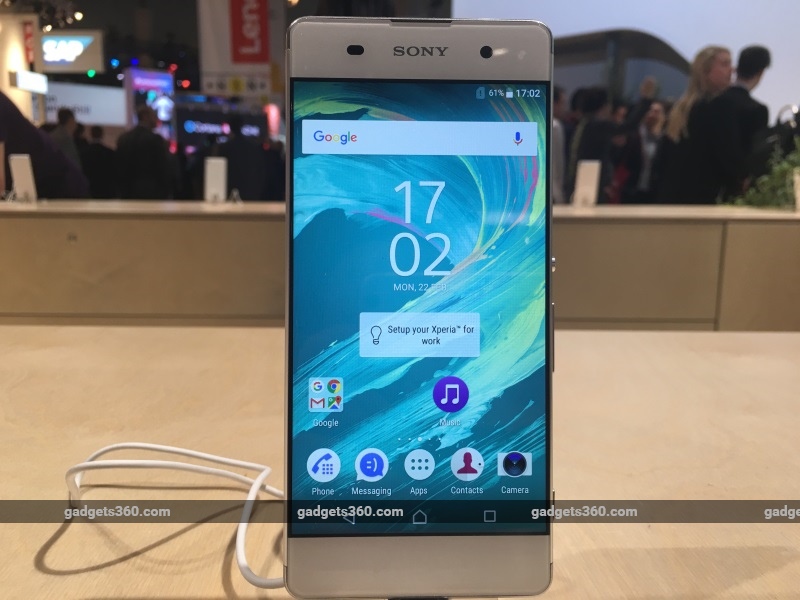 Sony took the stage at MWC 2016 to announce the re-branding of its Xperia brand, aiming it at an ecosystem of connected devices, alongside the launch of three X smartphone series - the Sony Xperia X, Xperia XA, and Sony Xperia XA.

The three phones will be available in White, Graphite Black, Lime Gold and Rose Gold colours. They will go on sale from summer 2016 and the company is expected to reveal prices at the time of local launch. The phones will come with a range of matching style covers. We got to spend some time with three new Xperia smartphones the MWC 2016 trade show in Barcelona, and you can check out our initial impressions in the video.

The X Performance is the most powerful of the lot, packing a Snapdragon 820 SoC, while the Xperia X gets a Snapdragon 650. Other than this, both phones share similar specifications including 5-inch full-HD displays and 23-megapixel rear cameras with Predictive Hybrid Autofocus.

The two also feature 13-megapixel front cameras, 3GB of RAM, 32GB of internal storage which is expandable, and support for 4G LTE.

The Xperia XA on the other hand boasts of an edge-to-edge HD display and features more modest internals, including a MediaTek MT6755 processor, 2GB of RAM and 16GB of in-buit storage. You also get a 13-megapixel rear camera and an 8-megapixel front camera.

The new Sony Xperia X series phones will ship with Android Marshmallow, and will all support Qnovo's Adaptive Charging technology.