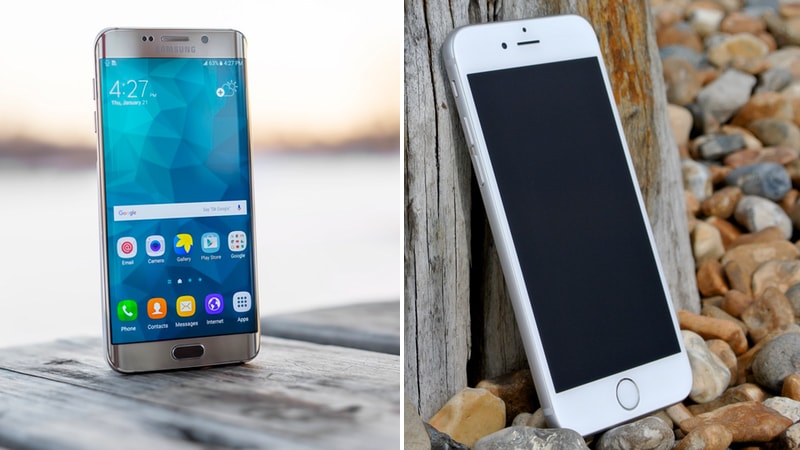 For many years, there have been several debates about which smartphone OS is better — Android, or iOS. Even among the writers of Gadgets 360, there are strong opinions about why some choose one over the other. But, fact of the matter is that the two have been closing the gaps in the past few years, with Android becoming more fluid and beautiful, and iOS becoming more flexible and customisable.

But there are still things that you can do on Android phone today, that you just can’t on an iPhone. And we’re not referring to things like swapping default Android with custom ROMs. We’re pointing out some of the things that average, non-techie users do on their smartphones. So here it goes:

1) Smarter calling, and messaging
Truecaller, a really popular crowdsourced phone directory service, is available on both Android and iOS. But the most useful thing about the app - where you get to see names of identified unknown callers when a call comes in, is available only on Android. In iOS 10, a new API lets Truecaller show an incoming spam call, but it won’t show names of every caller - you have to manually check those. It only shows live caller ID if the person calling you also has Truecaller installed, but during the initial rollout this feature didn't work reliably. The Android app also syncs the call logs so you can even see names of unknown numbers listed in a chronological fashion - you can even use it as a replacement for your default dialer. Whereas in iOS, the app only shows a log of people whom you’ve called using the app, not all calls.

Next, there are many interesting third party SMS apps that have added functionality. For example, TrueMessenger replaces unknown numbers in SMS conversations with names from the Truecaller database, and even segregates spam SMSs from legitimate ones. Then there’s Textra and other cool apps, that are more functional than the default SMS app that your Android phone typically comes with.

2) Backup to Google Photos in the background
Google Photos is an incredible service that offers unlimited backups of photos and videos captured on your phone, for free. And although there’s some compression, the quality will be fairly acceptable for most of us. Now, although there is an iOS app for this service, it doesn’t reliably backup photos when the phone’s on standby - that’s because Apple doesn’t have APIs for apps to perform tasks like uploading content in the background. On Android though, not only will photos sync when your phone is asleep, you can even set a rule so that they start uploading only when the phone’s on charge.

The only way to seamlessly backup photos on an iPhone today is by using iCloud, which has a monthly subscription fee beyond the first 5GB - though it does not compress your images.

3) Run two apps at once
Although you can run two apps side-by-side on an iPad, the same isn’t available on an iPhone, yet. On Android, multi-window has been available on a number of different phones for years, and now it is officially baked into Android 7.0 Nougat. This can be useful when you’re juggling between two apps constantly - like for example talking to someone on a messenger app while checking your Twitter feed at the same time. Oh, and a neat little bonus, on Android Nougat you can ‘Alt-tab’ between two apps by consecutively tapping the multitasking button.

4) Record phone calls
This is yet another thing that you can’t do on an iPhone - record phone calls. Sure, there are some hacky ways around doing this or by using third party subscription services on iOS, but it isn’t as easy as installing an app on an Android phone. Apps like Automatic Call Recorder can record every call by default and you can also share the AMR file over email or cloud storage.

5) Share your device with others
Multi-user mode has been around on Android since version 5.0 Lollipop. With it, you can hand over your phone over to another person with ease of mind, by simply logging into the guest account, or by creating a separate user account, which does not have access to your private data - much like we do on computers. While this is how it works on stock Android that runs on phones like the Google Pixel, different manufacturers have their own implementations. Samsung, for instance, has a 'private mode' while Xiaomi has something called 'Second Space'. Xiaomi and other manufacturers have also created dedicated Child Modes, which allow you to lock down access to apps, and block functions such as SMS access.

6) Manage files better for easier attachments
Android’s way of handling files is similar to that of a computer - there’s a root folder (like the C Drive on a Windows machine) and files sorted within a folder structure. Every app has access to this centralised storage, making it possible to say, attach a PDF file from within an email app on Android. The same thing isn’t possible on iOS, because by design, files are encapsulated within the apps themselves. On iOS, if you go to the Mail app and want to attach any file other than photos, then you have to open the app that contains the PDF file, hit the ‘share’ button, and choose an email client, which then creates a new email.

Bonus
Apart from these, there are some other features that receive a bonus mention - things like the ability to download torrents, which is near impossible to do on an iPhone. Not to mention launchers, that can radically transform the way your home screens appear.

These are the highlights of things that Android has that still set it apart from iOS. The article is not intended to put iOS that powers the iPhone in bad light, as there are many things that it does better than Android, which you can read about here. But for people looking at differences between the two most popular mobile operating systems, this could be illuminating.

Which other Android-exclusive feature will you miss if you were to move to an iPhone? Let us know via the comments below.