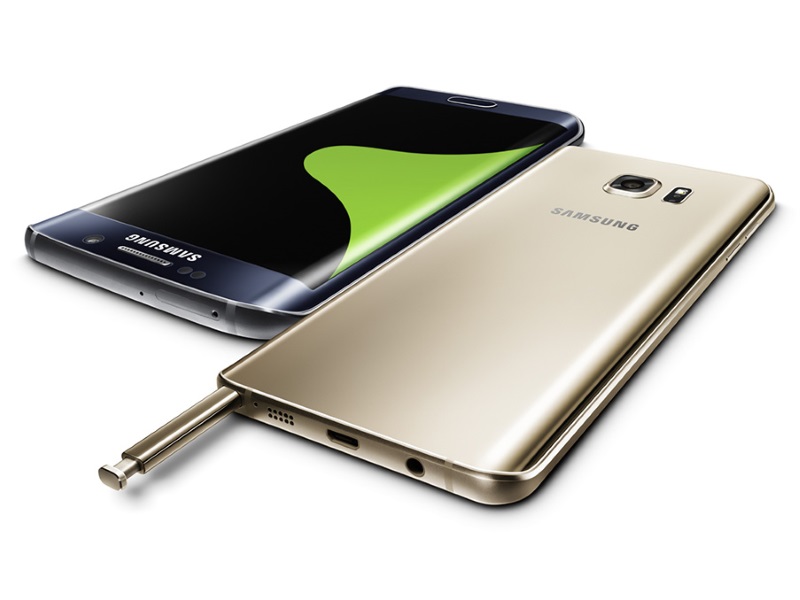 Samsung unveiled the Galaxy Note 5 and Galaxy S6 Edge+ as well as mobile payment service Samsung Pay at the Galaxy Unpacked 2015 event in New York on Thursday. The launches are intended to counter the success Apple has had with its large screen iPhone models and Apple Pay.

Here's everything you need to know about the latest round of the Samsung vs. Apple battle:

2) Samsung also announced the official launch its new mobile payment system. Samsung Pay will launch in Korea and US first, and will come to UK, China, and Spain at a later stage.

4) Kantar Worldpanel analyst Carolina Milanese said Samsung trailed Apple in the phablet market - devices with screens at 5.5 inches and above - in the second quarter.

5) With the new devices, Samsung expands from its 5.1-inch display on the existing Galaxy S6, and leapfrogs Apple's handsets at 4.7- and 5.5-inches.

6) Ramon Llamas, analyst at IDC, said the launch appears aimed at getting ahead of Apple, which is widely expected to announce its own upgrades later this year. "This is a calculated move to avoid the marketing onslaught of Apple in September and October," Llamas told AFP.

7) Samsung has traditionally announced the Note series flagship at IFA in the first week of September, but this time it is looking to trump rival Apple by announcing not one, but two new flagships well in advance. Daniel Gleeson at IHS Technology said Samsung "is hoping to steal a march on Apple's new iPhone announcement which will likely happen in early September."