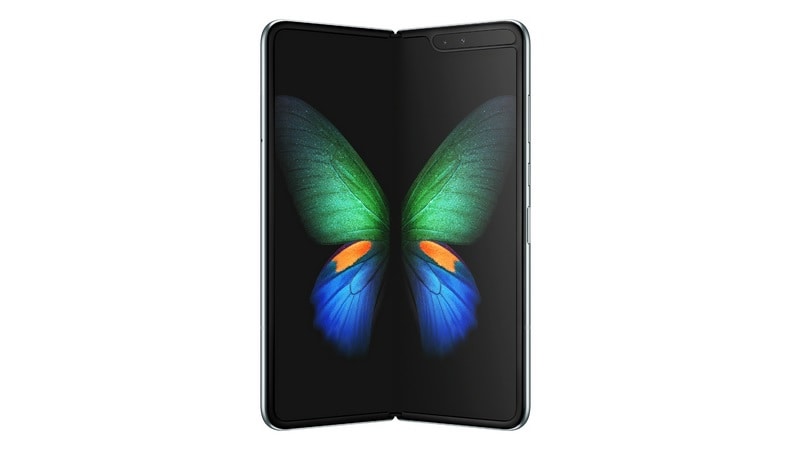 The camera on Samsung's new flagship smartphone literally punches right through the screen, doing away with the need for borders, notches or other weird cutouts. There's a fingerprint reader in the screen, too, hidden behind the pixels. Flip the screen over and it becomes a wireless charging station for headphones - or a friend's dying phone battery.

I got to spend a little time with the $750-and-up (roughly Rs. 53,300) S10 ahead of its unveiling Wednesday, an annual ritual that's become as much about marketing upgrades as showcasing new technology. Samsung's goal: make other smartphones look dated.

And it accomplished that - with new details for the Galaxy Fold, its flip phone that opens up to the size of a 7.3-inch tablet. It arrives in April for an eyebrow-raising $1,980 (roughly Rs. 1.4 lakhs).

But in the meantime, the S10 succeeds at making a statement. Samsung hasn't ever had Apple's luxury sensibility, even though this year's model is available in high-end ceramic finishes at prices well over $1,000. Samsung's advantage is hardware engineering - doing awesomely strange things with screens and squeezing more tech into less space.

That punch-hole screen is a statement: Look what we can do. Many phones now have two cameras on the back, so the S10 comes with up to four. The S10 packs more processing power than some gaming laptops. And its battery weighs in at up to 4,500 mAh, one of the largest I've seen in a flagship phone.

The question is whether any of these hardware evolutions are enough to reignite a smartphone market that's as mature as a Friends rerun. People are holding on to phones for three, four or five years now, and with good reason. Old Samsung and Apple phones hold up pretty well, and the tech giants haven't done a great job of addressing more fundamental concerns, like uncrackable screens and distracting, privacy-invading software.

Come April, the Galaxy Fold promises to offer a phone that's both more comfortable to carry, and offers a big surface to watch video or do work. It's a technological accomplishment, but it has challenges as a product. Apps from Google, Microsoft and others have been tweaked to let you start on the smaller exterior display and open up into tablet mode to continue working. That interior screen also lets you run up to three apps at once.

For everyone not interested in spending $2,000 on a smartphone, Samsung's strategy is making S10 at many sizes, and prices. There are enough variations to overwhelm Goldilocks:

- The S10e is the $750 entry-level option, priced to compete with Apple's iPhone XR. It measures 5.8 inches on the diagonal, and cuts a few corners such as a fingerprint reader that's built into the side power button.

- The S10 5G measures 6.7 inches, supports next-generation networks (that have yet to arrive most places) and adds a fourth camera on the back. Its price hasn't been announced and it won't arrive until some point later in the year.

Samsung's biggest innovations are in the screen. Forget the notch that Apple uses to hide front cameras - Samsung laser cut circles for its front-facing cameras. The usable screen goes pretty much all the way to the edge on all four sides, so Samsung can finally declare victory in its decade-long war on phone bezels.

The biggest reason to celebrate is the triumphant return of the fingerprint reader. To go for a full-screen design, Samsung banished the reader to the back of the phone in 2017; Apple got rid of it entirely for FaceID. But on the S10 and S10 +, the fingerprint reader comes back on front where it belongs, buried inside the screen with no visible button. Samsung's Chinese rivals did this trick first, but Samsung's version uses some ultrasonic tech that should be more reliable. (Just note, if you like screen protectors, you'll need a special compatible one.)

Apple and Samsung fans with undoubtedly bicker over whether a fingerprint reader or Face ID is a superior way to unlock a phone. I conducted a few unlocking duels, and it was a tie.

There are two other hardware evolutions worth noting: Samsung hid a tech inside the phone to make you a better friend. Switch on a wireless powershare mode, and the phone will charge any other Qi-charging compatible devices you put on top of it - even iPhones.

And on the back of the phone, there are so many cameras it's starting to look like spider eyes. All of the models have one lens for standard shots and another for extra-wide-angle shots. The S10 and S10 + add a third lens for zoom shots. The S10 5G coming later adds one more on the back and the front, both to measure depth.

Now that Samsung phones have all those lenses and sensors, what is it doing with all that data? Not as much as I'd hope. The S10 + comes with an extra depth camera on its front, but the phone still can't read your face to unlock securely. (Samsung used to include an iris reader on the front, but dropped it this year.)

What I found missing from Samsung's Galaxy lineup was discussion of what rivals like Apple and Google say is one of the next big things in tech: augmented reality. That's the ability for phones to scan the depth of the world around them, and overlay digital information on to of the physical world. Only the S10 5G model comes with Samsung's 3D depth camera on the back, which it says allows the phone to measure physical spaces and add blurry depth effects to video.

It highlights the biggest problem with Samsung's pitch: software. The S10 will sport Samsung's redesigned "One UI" interface which looked much more elegant than its predecessors. Yet Samsung's artificial intelligence assistant Bixby remains an also-ran.

And the competition is proving software and services can be more important than hardware tricks. Google's Pixel phone has gained a toehold in the market for its tightly integrated AI Assistant, faster Android updates, and software-driven camera features such as Night Sight. Apple is locking in loyal customers with a growing array of services like Apple Music and, expected soon, news and video subscriptions.

The S10 is available for preorder February 21 and in stores March 8.