Samsung hoping to wow world with new smartphone at MWC 2014 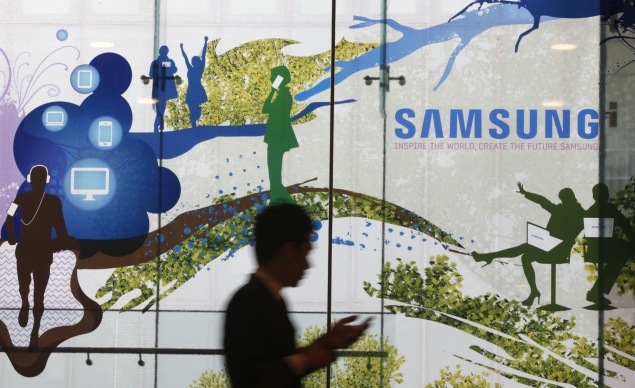 Samsung aims to take the mobile world by storm Monday, almost certainly unveiling a new Galaxy S5 smartphone with rumoured Apple-fighting features such as a fingerprint scanner and larger screen.

The top smartphone maker coyly announced to journalists an "unPacked 5" event for the opening day of the February 24-27 Mobile World Congress in Barcelona, Spain.

"We are holding a global launch event of our new flagship product in 2014," its invitation said, using a well-worn technique of not naming the smartphone so as to build anticipation.

The new device will be at the vanguard of Samsung Electronics Co. Ltd.'s defence of its number-one position.

The Galaxy S5 is variously rumoured to have a fingerprint scanner on the home button; a 5.24-inch, full high-definition display; a water and dust-proof case and a 16 megapixel camera.

At the same time, the industry anticipates that Samsung will reveal the latest, possibly thinner, version of its smartwatch, the Galaxy Gear 2, after the first version failed to win over many critics.

It will be one of an array of new "smart devices" to launch at the show, analysts predict, as manufacturers seek alternative sources of revenue during a slowdown in the well-developed smartphone market.

The rise of Chinese smartphones
A 42.3-percent surge in smartphone sales to 968 million units last year was propelled almost entirely by developing markets such as Africa, Asia, and Latin America, a report by Gartner showed.

Mature markets such as Western Europe and the United States actually slowed in the final quarter of 2013, it said.

Behind the glitz of the big Samsung launch and its battle with Apple, which traditionally skips the show altogether, analysts point to two developments in the sector: the rise of big Chinese manufacturers, and the growing importance of Internet giants.

China's Huawei and Lenovo already held the number three and four positions for smartphone sales in the final quarter of 2013, according to Gartner, with their compatriot ZTE not far behind.

"Chinese players are looking beyond their own borders to scale up," said Melissa Chau, senior research manager for the Asia Pacific at technology analysts International Data Corp. 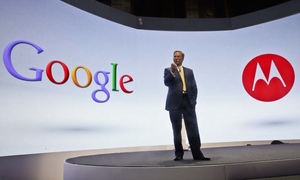 China's Lenovo took a big step in that direction in January, agreeing the $2.9 billion (2.1-billion-euro) purchase of the loss-making Motorola Mobility from Google to grab a strong platform in the Americas and a foothold in Europe.

The online world is also elbowing its way into the mobile market.

Facebook's 29-year-old founder Mark Zuckerberg is the star speaker in Barcelona, a reflection of the surge in advertising revenue it now captures from mobile users.

"Suddenly, mobile is not this separate industry from the Internet and technology, it is part of the same mix," said Ian Fogg, senior principal analyst at research house IHS.

"We can see smartphones are now ubiquitous. We can see they are something consumers interact with throughout the day, wherever they are, including when sitting at the desk," he added.

"That is fundamentally different for media companies, for communications companies, for retail companies and for pretty much every blue chip that wants to engage with consumers."

Besides the new Samsung flagship, a slew of other smartphones are set for release in Barcelona.

Nokia is rumoured to be unveiling new devices including, ironically, a smartphone using a version of Android rather than Microsoft Windows in an attempt to capture sales in emerging markets.

Sony, too, may launch a new Xperia smartphone, the first new edition of its flagship since announcing this month the sale of its stagnant PC business to focus instead on smartphones and tablets.

A connected fridge
The connected world is now moving well beyond mobile phones and tablets, as the "Internet of things" phenomenon hooks to everything from your television or fridge to the lightbulb.

Manufacturers will attempt to show off the advantages of the connected world, but it is a development that also presents some security challenges.

Security provider Thinkpoint Inc. said last month it had uncovered more than 750,000 malicious emails from more than 100,000 everyday consumer gadgets such as home-network routers, multimedia centres, televisions and at least one refrigerator.