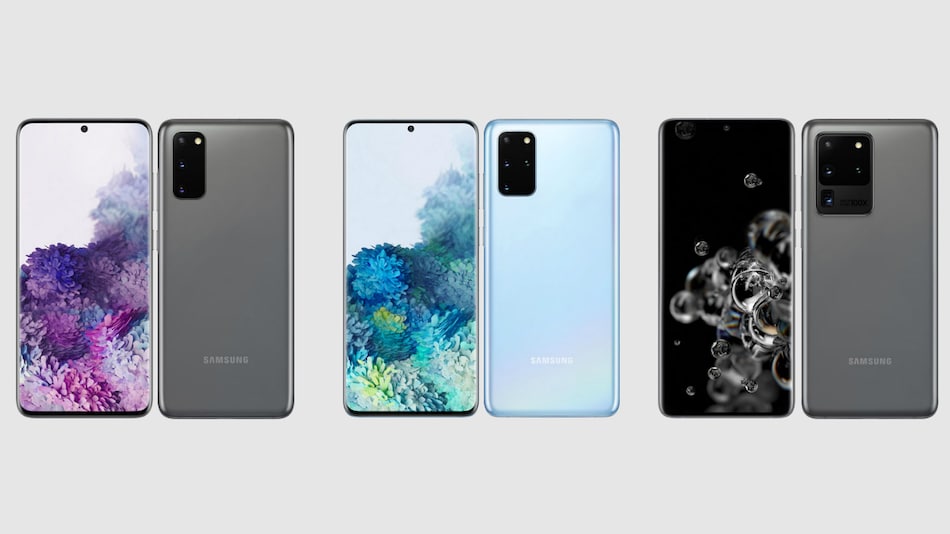 To make things easier for you, we here compare the key differences between the Samsung Galaxy S20, Galaxy S20+, and Galaxy S20 Ultra. We also mention the distinctions between 4G and 5G models to help you pick the best suitable option for you without spending your precious time on searching what should be your next phone.

Samsung hasn't yet revealed the India pricing of the Samsung Galaxy S20 series. Also, the new models are so far only available for pre-orders in select markets and are set to go on sale starting March 6.

For photos and videos, the Samsung Galaxy S20 provides you with a triple rear camera setup that houses a 12-megapixel ultra-wide shooter with an f/2.2 lens that has a field-of-view (FoV) of 120 degrees. The camera setup also includes a 12-megapixel wide-angle shooter with an f/1.8 lens that has an FoV of 79 degrees as well as a 64-megapixel tertiary sensor with a telephoto lens of f/2.0 that offers an FoV of 76 degrees. The phone comes with Optical Image Stabilisation (OIS) and has a 3x Hybrid Optic Zoom and up to 30x Super Resolution Zoom.

The Galaxy S20+, on the other hand, comes with a quad rear camera setup that comprises the same 12-megapixel ultra-wide, 12-megapixel wide-angle, and 64-megapixel telephoto shooters that are available on the Galaxy S20 -- in addition to a DepthVision camera. The phone supports 3x Hybrid Optic Zoom as well as up to 30x Super Resolution Zoom.

Connectivity options across all the Galaxy S20 models are almost the same -- except 5G connectivity that is limited to the 5G-specific variants. The phones have 4G LTE, Wi-Fi 802.11ac, Bluetooth v5.0, GPS/ A-GPS, NFC, and USB Type-C.