Samsung Galaxy S10 Lite has the biggest battery at 4,500mAh, while the OnePlus 7T comes in second with a 3,800mAh battery. 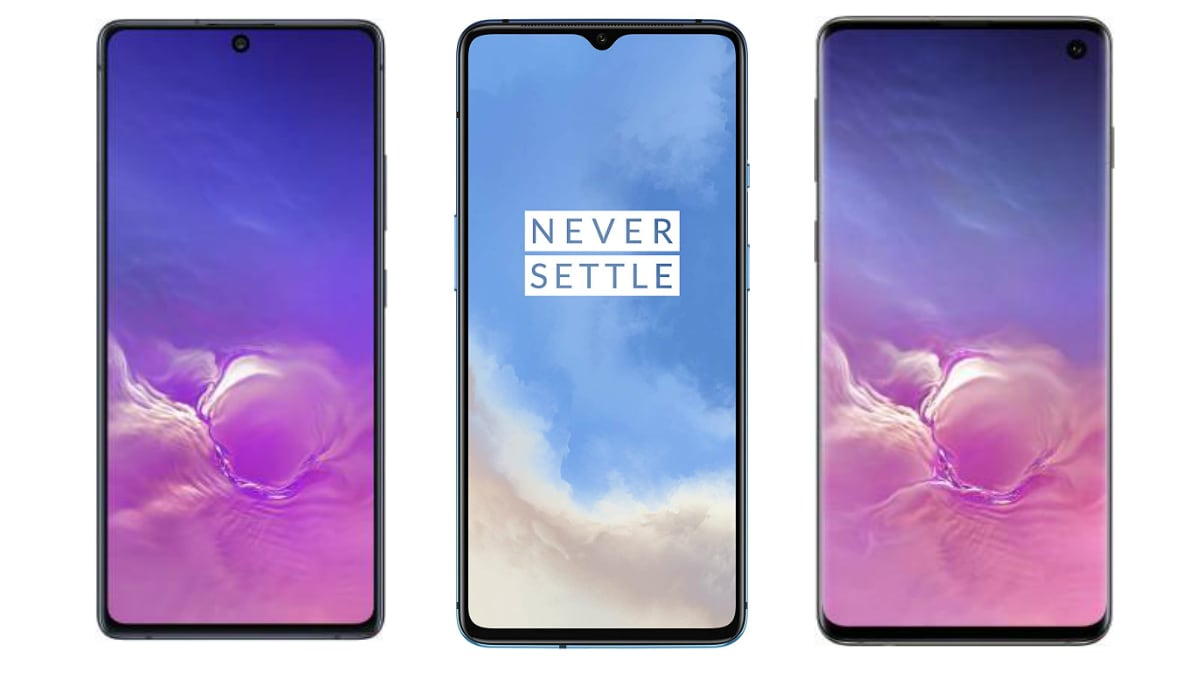 Soon after the launch of the Samsung Galaxy Note 10 Lite, Samsung also launched the Galaxy S10 Lite in India. The phone comes with a triple rear camera setup, a large 4,500mAh battery with 25W fast charging, an Infinity-O Display, and a Qualcomm Snapdragon 855 SoC. The biggest draw is that the phone is priced under the Rs. 40,000 range, and it will compete with the likes of OnePlus 7T. Going by the name, the phone is likely a stripped down version of the vanilla Galaxy S10, but the Galaxy S10 Lite has better hardware in some departments.

The newly launched Samsung Galaxy S10 Lite is priced in India at Rs. 39,999 for the 8GB + 128GB option. It is up for pre-orders on Flipkart, Samsung.com, and via offline stores, and will go on sale on February 4. Launch offers include one time screen replacement at just Rs. 1,999, and Rs. 3,000 cashback on purchase using ICICI Bank credit card. The phone is available in three colours – Prism White, Prism Black, Prism Blue.

OnePlus 7T (Review), on the other hand, is priced in India starting at Rs. 37,999 for the 8GB + 128GB option, whereas its 8GB + 256GB variant retails at Rs. 39,999. It is available on Amazon India, OnePlus India website, and OnePlus Experience Stores in Frosted Silver and Glacier Blue colour options.

Lastly, the Samsung Galaxy S10 (Review) is priced at Rs. 61,900 for the 128GB model and at Rs. 76,900 for the 512GB model. It is offered in Prism Black, Prism Blue, and Prism White. The phone is available via varied offline and online retailers in the country.

All three phones run on Android 10, with Samsung having reportedly rolled out the latest software update for Samsung Galaxy S10 phones as well. With respect to display, the Samsung Galaxy S10 Lite comes with the largest 6.7-inch full-HD+ (1,080x2,400 pixels) Super AMOLED Plus Infinity-O display, while the Samsung Galaxy S10 has the smallest a 6.1-inch QHD+ Curved Dynamic AMOLED Infinity-O Display. The Galaxy S10 Lite has the selfie camera cut out in the top centre position, while the Galaxy S10 has the cut out on the top right. The OnePlus 7T, on the other hand, features a 6.55-inch full-HD+ (1080x2400 pixels) Fluid AMOLED display with a waterdrop-style notch.

For the selfie needs, the Galaxy S10 Lite offers a 32-megapixel front camera with f/2.2 aperture, OnePlus 7T buyers will get a 16-megapixel f/2.0 camera, and the Samsung Galaxy S10 packs a 10-megapixel f/1.9 front shooter.