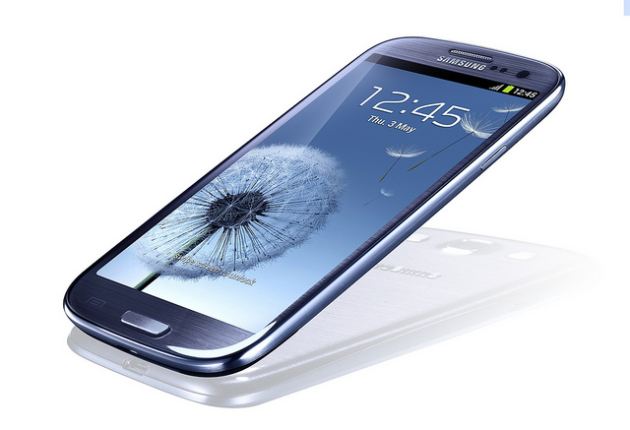 Highlights
Samsung's all new Galaxy S III isn't just a hardware powerhouse, it also bundles some great new features that haven't been seen so far in any other smartphone from the company.

The Korean manufacturer has tried to make the smartphone 'human' and close to nature. It comes with enhanced intelligence to make consumers' everyday life easier. Here is a look at some of these intelligent features.

1. Smart Stay
The Galaxy S III enhances the interaction between device and the consumers. With its all new Smart Stay features, the smartphone recognizes if you are using the phone and maintains a bright display, so that you don't have to touch the display again and again just to keep it awake.

For example, if you were reading an e-book or watching a movie, imagine the frustration when the display goes off on a pre-defined time. That won't have happen with Samsung's Smart Stay. It keeps the display on as long as you are looking at it. It apparently works by having the front camera spot a pair of human eyes and react accordingly.

2. S-Voice
If you cannot hire an assistant, don't worry; Samsung has one built-in for you in the Galaxy S III. On the lines of Apple's voice assistant Siri, Samsung's S-Voice listens and responds to your commands. No need to open an application to operate, just say what you want and it will show you the results.

The S-Voice functionality is not limited to basic information search or asking inane questions, it also can help to control your smartphone. For example, if you are sleeping and alarm goes off but you want to sleep a little more, just say 'Snooze' and you are done.

Similarly, you can also use S-Voice to play songs, turn up/down volume, send text messages and emails, organize your schedules, or automatically launch the camera and capture a photo.

3. Direct Call
Often in the middle of replying to a text message, you realise that it's better to call the person and talk. With Samsung's Direct Call, all you have to do is lift your phone to your ear and it will automatically dial the number for you. So, no need to go around and select the option to call the number.

4. Smart Alert
The new Galaxy S III also saves from embarrassing situations like getting back to your boss, hours after his original missed call or mail. With Smart Alert, your Galaxy S III will vibrate to notify missed statuses when picked up after being idle.

No more tantrums from your girlfriend, just because you did not see her text and failed to call her. In all such, and many more cases, Smart Alert will there for you.

5. S-Beam
Android Beam was one of the most exciting features to come out of Galaxy Nexus launch and Samsung has built on it, based on user feedback. The all new S-Beam is the result of that work. It uses Wi-Fi Direct and NFC to allow consumers to transfer a 1GB movie file within three minutes, or a 10MB music file within two seconds, by simply touching another Galaxy S III phone.

6. Social Tag
Your Galaxy S III has the capability to recognise not just you, but also your friends and family. The Social Tag feature matches people in photos to the profile images on their contact page, then displays their social profile links as an on-screen overlay during photo playback. The Google+ content will come in full, along with the Facebook profile link and a shortcut to the subject's contact page.

9. AllShare Play/ Group Cast
AllShare Play uses Samsung's AllShare service to instantly share media between Galaxy S III and your tablet, PC, and televisions regardless of the distance between the devices. Under AllShare Play is the Group Cast feature that allows you to share your screen among multiple friends on the same Wi-Fi network. Users can make comments or draw on the screen at the same time, witnessing real-time sharing on their individual devices.

10. Pop up Play
Another interesting feature to debut in Galaxy S III is Pop-up Play. It allows you to play a video anywhere on your screen while simultaneously doing other tasks, thus eliminating the need to pause or close videos when replying to a text message or an email.