Samsung Galaxy Note 7 Recall: Will the Debacle Leave an Ugly Mark on Samsung? 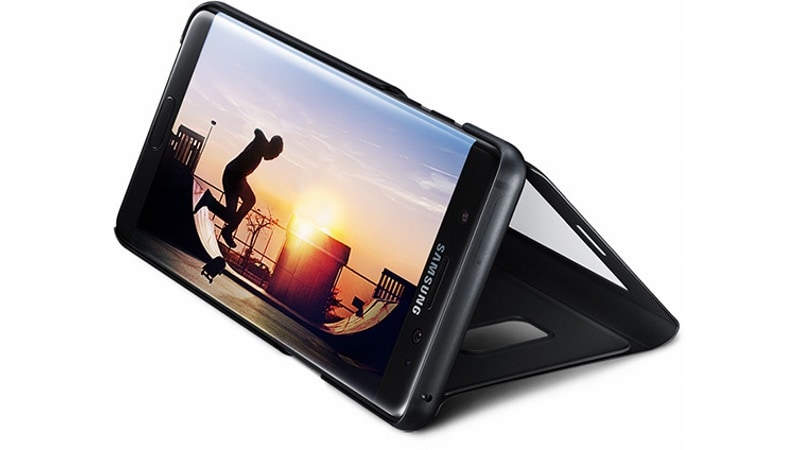 All is not well for the world's largest smartphone maker. Samsung continues to face criticism as it works to call back millions of its latest flagship Galaxy Note 7 smartphones after reports of batteries catching fire and exploding.

The Galaxy Note 7 was supposed to be a victory lap for Samsung. It launched to rave reviews, which looked particularly good while analysts and pundits cautioned that Apple's iPhones were going to be somewhat less spectacular this year.

Now the phone's name has become synonymous with danger, prompting Samsung to work with the US product safety watchdog, the Consumer Product Safety Commission. The agency has advised people to stop using the phones. Not only that, the Federal Aviation Administration's recommendation that the phones not be used or even powered on during flights means that at least a million people are hearing a warning about the Galaxy Note 7, by name, on flights each day.

With the unprecedented return of so many potentially defective smartphones comes the question: How much of a brand blemish will a Galaxy Note 7 recall be for the company?

Even with the bad timing and the bad press, there shouldn't be too much lasting damage as long as Samsung continues to be responsive to consumers' problems, said Robert Cuthbertson, vice president at the consulting firm Boston Retail Partners.

(Also see:  Samsung Is Sending Mixed Signals About What to Do With the Galaxy Note 7)

Companies, he said, have overcome recalls before, noting that Tylenol - which had to recall all of its pills in 1982 - and others have recovered from recalls by acting quickly and doing everything to demonstrate that their customers come first.

On Monday, for example, Samsung told South Korean media that it will now obtain its batteries from China's ATL - the same firm that is the main supplier of iPhone batteries.

"Samsung is trying to rectify their situation and do their best to control their damage and make sure it doesn't happen again," Cuthbertson said. As long as there are no further issues with the new phones, he said, Samsung should be able to recover.

Samsung, which is the world's largest smartphone maker, has battled for years with Apple for dominance in the smartphone market. In the past five or so years, the firm has tried to position itself as a premium smartphone maker with devices that can rival the iPhone.

In the 2016 American Consumer Satisfaction Index telecommunications survey, the Galaxy Note 5 actually beat the iPhone 6s Plus as the top-rated phone, showing that Samsung had succeeded in at least some of its goals. And while a slowdown in the smartphone market overall had hurt sales, Samsung announced last quarter that it was in a great position for 2016, as sales of its Galaxy S7 and S7 edge had sent the company's profits to their highest point in two years.

Cuthbertson doubts that Samsung will lose too many customers to rival Android smartphone makers, as its products still have the unique features such as their screens and software that made them sell in the first place. Cuthbertson also said he doesn't think Apple will benefit much from this controversy, because many people choose Samsung primarily as an alternative to Apple.

"Samsung has positioned themselves as the anti-iPhone, and they have loyalists to the Android platform. There are also definitely those with a loyalty to the Galaxy in particular," Cuthbertson said.

Online surveys have shown that, certainly among Android fans, Samsung's brand loyalty hasn't taken too much of a hit. Android Police, an Android-focused news site, asked its readers and found that most of its respondents, 39 percent, said their perception of Samsung hasn't changed at all in light of the recall.

Analyst Peter Yu said in a note that signs so far signal the firm will be all right, even with the cost of a recall that Samsung acknowledges will be "heartbreaking."

"Telcos at least have purchased more Galaxy S7/S7 Edges to replace demand for Galaxy Note 7s rather than moving to other smartphone vendors. Hence, Samsung has maintained its 3Q16 smartphone shipment guidance despite the expected impact on Galaxy Note 7 sales," Yu wrote in a note, obtained by CNBC.

Shares of the firm are already recovering, easing some of the $22 billion in losses the company experienced immediately after reports of the explosions hit the news. Samsung's stock, traded on the exchange in Seoul, closed up 4.23 percent Tuesday; Wednesday was a trading holiday in Korea.