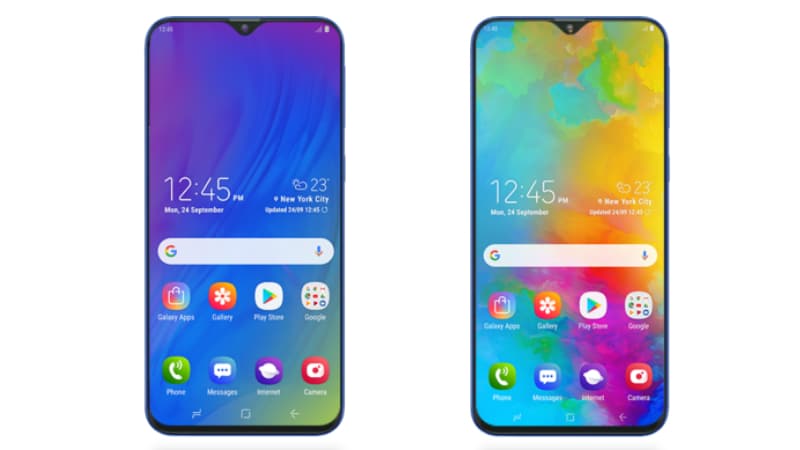 Samsung Galaxy M10 and Galaxy M20 smartphones were launched in India on Monday, the first smartphones in its brand new India-first Galaxy M-Series lineup. Both smartphones share a few similar characteristics, including Infinity-V Display panels, dual rear camera setups, and online-only availability. However, there are several major differences between the Samsung Galaxy M10 and Galaxy M20 as well - with RAM/ storage variants and different starting prices being the biggest. For instance, the Samsung Galaxy M20 is being released in 4GB RAM + 64GB storage option in its top configuration, and the Galaxy M10 will be sold with a maximum of 3GB RAM + 32GB storage option. The phones are set to go on sale beginning February 5 via Amazon India and Samsung's own e-store.

Both Samsung Galaxy M-series models will come in Charcoal Black and Ocean Blue colour options, and will be available on Amazon.in and Samsung India e-Store. The sale of the two phones will begin on February 5.

The Samsung Galaxy M10 and Samsung Galaxy M20 phones sport Infinity-V displays up front, more commonly known as waterdrop-style notches. Both the phones are similar in size, but the display on the Galaxy M20 is slightly larger than the Galaxy M10. The cheaper variant is seen to sport a thicker chin at the bottom, while the Galaxy M20 is seen to sport a thinner chin comparatively. The two phones come with three-slot SIM tray, with two slots for Nano SIM cards and a dedicated microSD slot for memory expansion.