Samsung Galaxy A71 packs a quad rear camera setup, while its predecessor has three rear cameras. 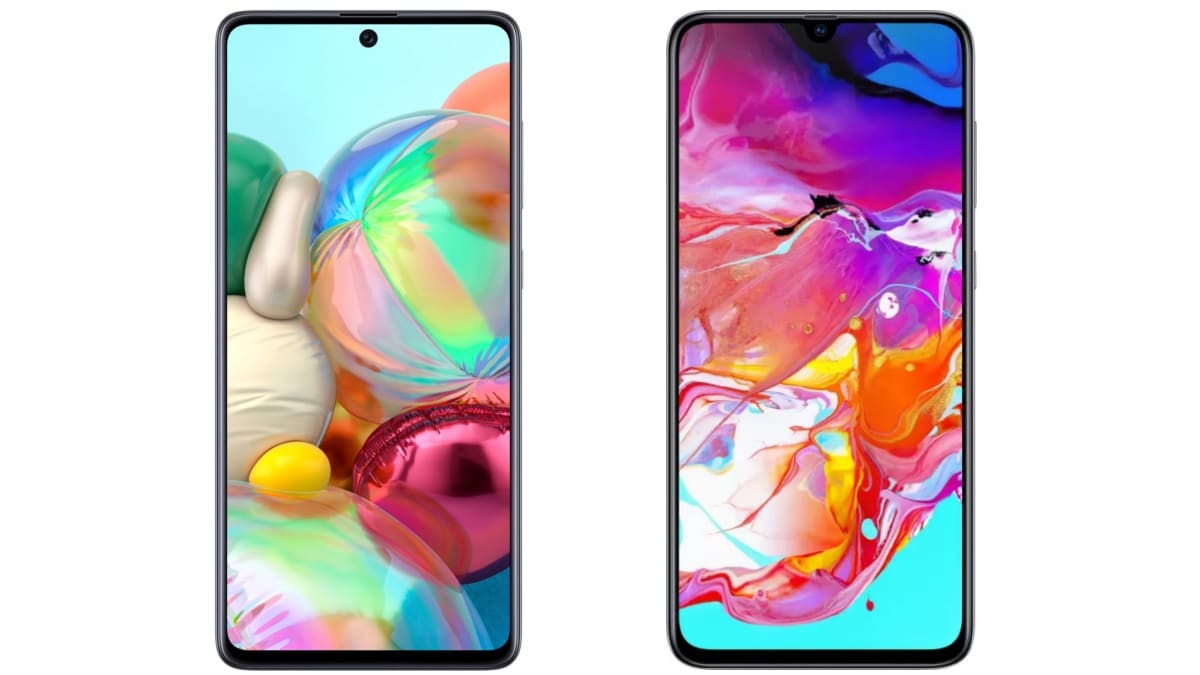 Samsung quietly launched the new Galaxy A71 today. Part of the company's Galaxy A-series, the Galaxy A71 is the successor to Galaxy A70 that was launched earlier this year, followed by the Galaxy A70s. The Galaxy A71 ditches the waterdrop notch of its predecessor and opts for a centrally-positioned hole-punch design that we recently saw in a tonne of leaks. As far as upgrades go, it packs a quad rear camera setup that includes a 64-megapixel main camera, while the 32-megapixel selfie camera is carried over from the Galaxy A70.

Samsung Galaxy A71 vs Galaxy A70 specifications

The dual-SIM (Nano) Samsung Galaxy A71 runs Android 10 with One UI 2.0 on top. As for the Galaxy A70, it currently runs Android Pie with an older version of One UI skin. Talking about the hardware specifications, the Galaxy A71 features a 6.7-inch, full-HD+ (1080x2400 pixels) Super AMOLED Infinity-O Display with a hole-punch at the top, just like the one on the Galaxy Note 10 duo. Its predecessor, on the other hand, packs a 6.7-inch full-HD+ (1080x2400 pixels) Super AMOLED Infinity-U Display with a waterdrop notch.

Internally, the Galaxy A71 is powered by an octa-core SoC (dual 2.2GHz + hexa 1.8GHz), but the make has not been specified by Samsung. However, it is believed that the SoC in question is the Qualcomm Snapdragon 730, and it is paired with up to 8GB of RAM and 128GB of internal storage that can be further expanded via microSD card (up to 512GB). The Galaxy A70 relies on the Qualcomm Snapdragon 675 SoC, ticking alongside 6GB RAM and 128GB of onboard storage that is also expandable via microSD card (up to 512GB). Both the phones feature a dedicated microSD slot for storage expansion.