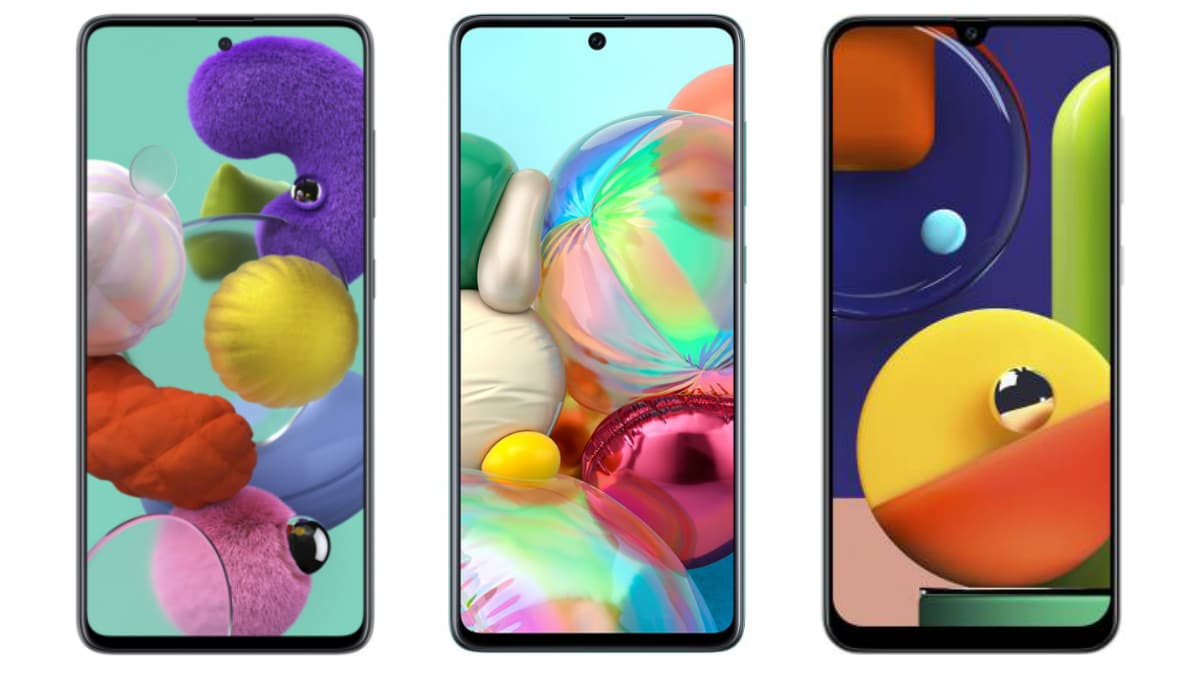 Samsung has launched the Galaxy A51 in India, and the phone comes with a 6.5-inch Infinity-O Display, an in-display fingerprint scanner, an octa-core Exynos 9611 SoC, 6GB of RAM, and 128GB of storage. To recall, the Samsung Galaxy A51 was first unveiled in Vietnam alongside the Samsung Galaxy A71 as the latest models in the Samsung's Galaxy A-series. Both the phones come with significant differences like display sizes, battery, and camera specifications. The Galaxy A51 is also an upgrade to the Galaxy A50s that was launched in India in September last year. The Galaxy A71, on the other hand, is expected to launch in India next month.

The Samsung Galaxy A51 is priced in India at Rs. 23,999 for the 6GB RAM + 128GB storage option. The phone comes in Blue, Pink, Prism Crush Black, and White colour options, and will go on sale starting tomorrow.  The Samsung Galaxy A71, on the other hand, was launched in Vietnam a month ago, but it hasn't been launched in India yet. The phone is expected to make its debut in the country sometime in February, and it is tipped to carry a price tag of Rs. 29,990. The phone is also said to come in Blue, Pink, Prism Crush Black, and White colour variants and it should be offered in 6GB and 8GB RAM variants with 128GB onboard storage. Its Vietnam prices weren't made available at the time of launch.

In contrast, the Samsung Galaxy A50s was launched in India in September, and its price is set at Rs. 19,999 for the 4GB RAM + 128GB storage variant. There is also the 6GB RAM + 128GB storage option of the Galaxy A50s that comes at Rs. 21,999. The phone has Prism Crush Black, Prism Crush Violet, and Prism Crush White colours to choose from. It is on sale via online retailers like Amazon, Flipkart, Paytm Mall, and Samsung Online Shop as well as Samsung partner physical retailers in the country.

For selfies, all three phones sport a 32-megapixel front camera. The phones also have a dedicated microSD card slot for storage expansion, an in-display fingerprint scanner, and connectivity options like 4G LTE, Wi-Fi, Bluetooth, GPS/ A-GPS, and a USB Type-C port on board. Coming to the battery, the Samsung Galaxy A51 and the Galaxy A50s have 4,000mAh batteries that support 15W fast charging. The Samsung Galaxy A71, on the other hand, packs a 4,500mAh battery that supports 25W fast charging.